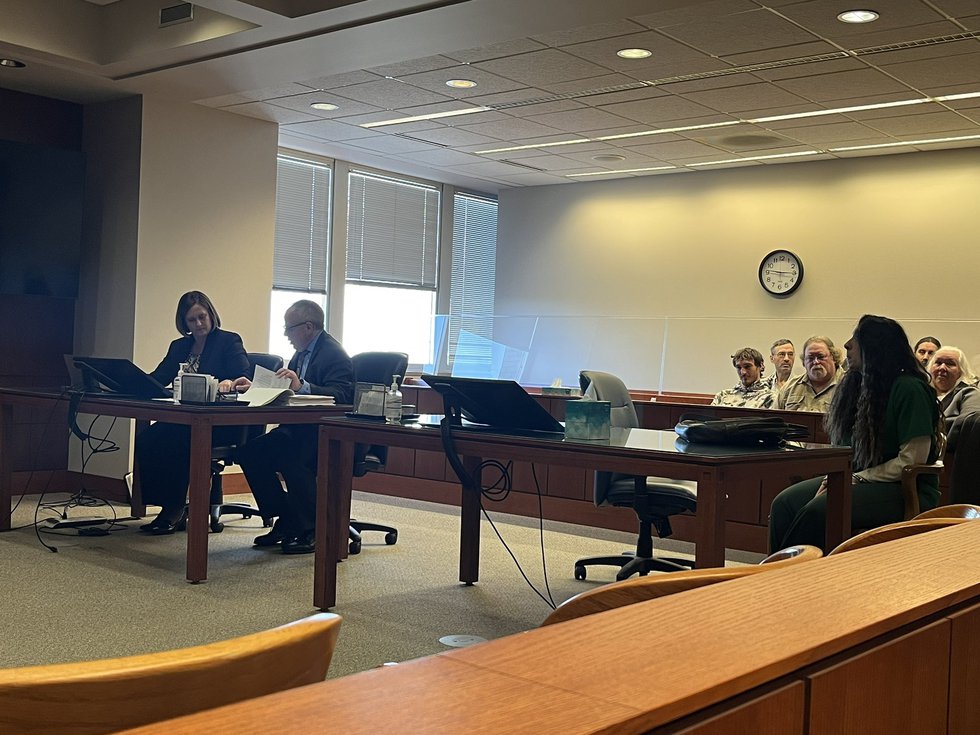 WICHITA, Kan. (KWCH) – The woman accused of causing the May 2019 crash that killed the mother and niece of famed Wichita musician Jenny Wood was sentenced to 25 years to life in prison on Thursday.

Mia Collins has pleaded guilty to two counts of first degree murder in the deaths of Maria Wood and her 12-year-old granddaughter, Rosemary McElroy. The crash also injured Jenny Wood, who was in the vehicle with her mother and niece, and Alfred Angel, who was driving a separate vehicle.

Wood and Angel addressed the court on Thursday.

Wood said she is extremely grateful for the support of Wichita residents. She said Collins was not a mean person, and she said the officers pursuing Collins that day were equally responsible.

Wood said she and her brother are now living off a small percentage of the money they were awarded in a wrongful death settlement with the city of Wichita. The lawsuit claimed the officer who initiated the pursuit in downtown Wichita was untrained.

Angel said he still suffers from the injuries he sustained in the 2019 accident, but he said he feels no ill will towards Collins and is lucky to still be in good health. life.

Collins wept during Thursday’s sentencing and apologized to the victims’ family members. She said she will live with the pain and suffering she caused and she is ready to do so. In addition to the 25 years to life in prison, Collins was also sentenced to 38 months on various other charges.