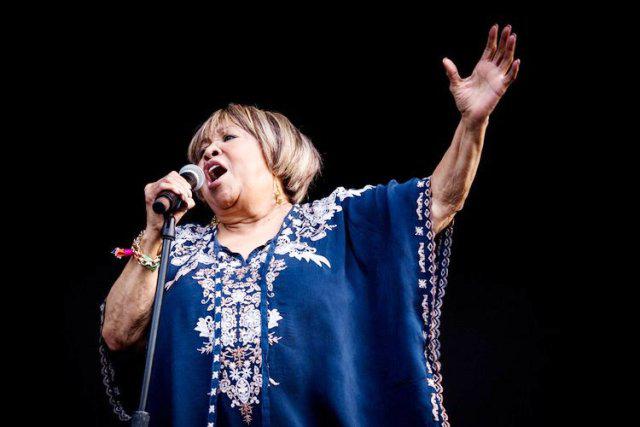 This week has a good variety of blues-related shows, and some major bands that recently performed in Connecticut are returning. Their visits to other venues only underscore the quality of Connecticut’s entertainment scene.

Mavis Staples performs at the Wall Street Theater on Friday. She began her career with her family band in 1950. When she graduated from high school, the Staple Singers took their music on the road. Led by family patriarch Roebuck “Pops” Staples on guitar, and featuring the voices of the Staples siblings, the Staples were called “God’s Greatest Hitmakers.”


Eventually, the Staples went from being a hugely popular gospel band to America’s most spectacular and influential spiritual-based band.

Mavis first went solo to Epic Records, releasing a single single “Crying in the Chapel” with fanfare in the late 1960s. His album in 1993. “The Voice” was named by People magazine as the l one of the ten best albums of 1993. His 1996 album, “Spirituals & Gospels: A Tribute to Mahalia Jackson” was recorded with keyboardist Lucky Peterson.

Staples made a major national comeback with the release of the album “Have a Little Faith” on Alligator Records 2004. The album featured spiritual, partly semi-acoustic music.

Her voice has been sampled by some of the top selling artists including Salt ‘N’ Pepa and Ice Cube. Staples has recorded with a wide variety of musicians, her friend Bob Dylan (with whom she was nominated for a 2003 Grammy Award for “Best Pop Collaboration with Vocals.” She has performed on current Los Lobos albums and Dr John, and she appears on tribute albums to artists such as Johnny Paycheck, Stephen Foster and Bob Dylan.

Staples celebrated his 80th birthday with a concert at the Apollo Theater, 63 years after he first appeared in the theater as a teenager with his family band, the Staple Singers. The show, which featured special guest artists, is part of a series of collaborative concerts she hosted in May to commemorate her 80th birthday.

The FTC has a double schedule on Fridays. The warehouse has Robert Randolph & The Family Band. Randolph grew up playing sacred steel music, mostly gospel played on steel pedal guitar. He later started releasing his joyful, gospel-infused music in clubs, supported by members of his family. He will make people dance and scream. On Saturday Randolph & The Family Band will be at Infinity Hall Hartford.

The second FTC Friday show is Tusk, the Fleetwood Mac Tribute on StageOne. The ultimate tribute to Fleetwood Mac features five seasoned musicians with over 25 years of experience.

Jack Broadbent, with special guests The Talbott Brothers is also at FTC StageOne on Thursday. Broadbent wowed international audiences with his unique blend of virtuoso acoustic and slide guitar, and poignant vocals inspired by folk and blues. Just look at what man can do with just an acoustic guitar, a flask, and his voice.

On Friday Infinity Hall Norfolk has Peter Wolf and the Midnight Travelers. Wolf, for decades, was the dynamic singer and songwriter of the J. Geils Band. With his band, The Midnight Travelers, Wolf is known for his ability to create an intimate and personal bond with his audience.

Gales started playing guitar at the age of four. His older siblings taught him songs and licks when he was young, in the style of Jimi Hendrix, Albert King, BB King and others. below), he is not naturally left-handed; it was taught by his brother, who is left-handed, and never guessed the non-traditional technique.

An afternoon of music benefiting Connecticut blues violinist Erica Schwichtenberg of the Spontaneous Combustion Band will be held Sunday at the NewSylum Brewing Company (1 p.m.). Artists include the Doug Wahlberg Band, The New Desperation and Tim DeHuff Music, with Chance Browne as MC.

Other Friday shows include Lori and The Legends at Wolcott’s Mona Lisa restaurant, and The Orb Mellon Trio at Hartford’s Half Door. Maria V’s has Tony Ferrigno Band, Fade to Blues plays at the Brass Horse Cafe and BRYAC has the Swamp Hogs.

Thursday at 5 p.m., The Sawtelles are at the Best Video Film & Cultural Center.

On Sunday, Kerri Powers is in Willimantic at the Bread Box Theater with Mad Agnes, while the Rich Badowski Band arrives at the Brass Horse Cafe at 3:30 p.m., and The Incredible Amplifires are at the Steak Loft at 5:00 p.m.

In neighboring states, on Saturday, Dave Keller Band is at Theodores Blues, Booze and BBQ. In 2012, Keller won the award for “Best Self-Produced CD with Deep Soul Gem” from the Blues Foundation.

Thursday Daryl’s House hosts the James Montgomery Band. He is a vital presence and one of the most dynamic performers on the blues scene carrying on the tradition of his legendary mentors John Lee Hooker, James Cotton and Junior Wells.

See the Connecticut Blues Society for more concert listings: https://www.ctblues.org/weekly-calendar Any questions or comments should be sent to Domenic Forcella at [email protected]