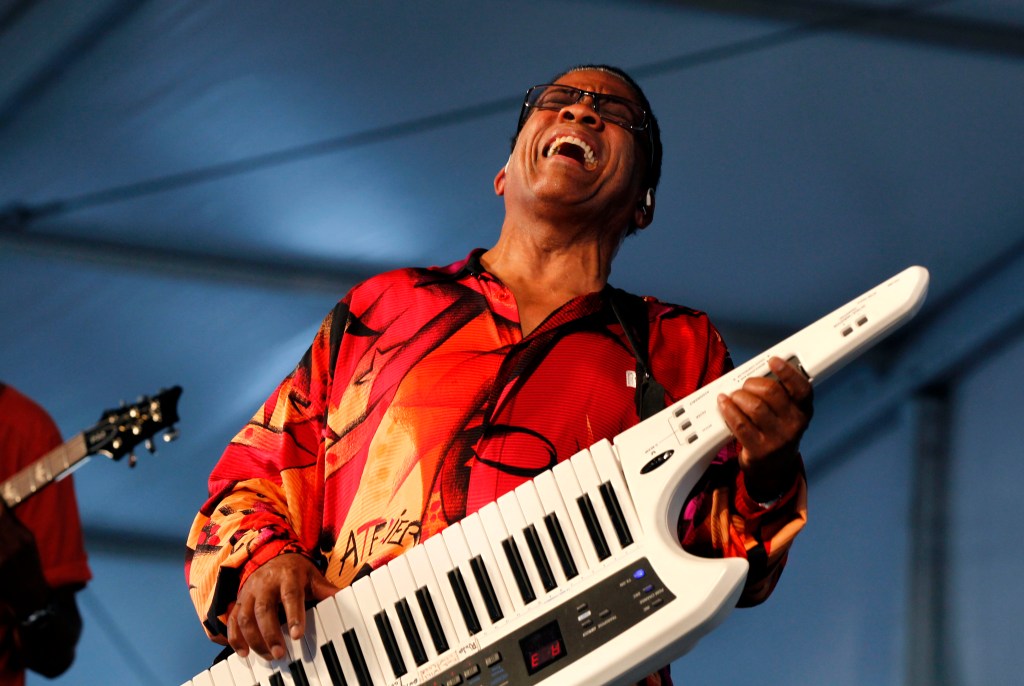 Rhoda Teplow has attended Monterey Jazz almost as long as the festival has existed.

“I’ve been coming since I got my driver’s license at 16,” says the Mendocino resident. “Now I am 76 years old.”

Not last year, however, due to the pandemic. It was the first time the festival had missed a year since its inception in 1958 – 63 years ago.

But sadness gave way to joy as Teplow and about 2,500 other music lovers returned to the Monterey County Fairgrounds on September 24 for the long-awaited opening night of the 2021 Monterey Jazz Festival.

And what an opening night it was, with Pat Metheny and Herbie Hancock – two living legends of the genre – performing on the festival’s main Jimmy Lyons stage.

“You can’t get better than this,” said Tim Jackson, longtime artistic director of the festival.

It was the start of three days of music, with Ledisi, Miho Hazama and m_unit, Las Cafeteras, Terri Lyne Carrington + Social Science and others scheduled to take the stage on Saturday. George Benson is headlining Sunday, a day that also brings together the Next Generation Jazz Orchestra, Christian Sands Group, Kandace Springs and more. More details on montereyjazzfestival.com.

The organizers expected a crowd throughout the weekend. Tickets sold out shortly after they went on sale in July.

“Ten minutes after tickets went on sale, we were there,” says Susan Fior, a longtime Bay Area resident who now lives in Italy. “We were laser focused.”

The festival was operating at reduced capacity due to COVID-related security precautions, with ticket sales capped at 2,500, up from around 10,500 per day in previous years, and there were not as many stages as usual . Most of the action took place in the open-air arena on the Jimmy Lyons stage, but there was also a small stage set up near the entrance, where the Mimi Fox Organ Trio held their courtship on Friday night. .

“Even though they reduced it, I was still going to come,” said Gloria Frank, a resident of Berkeley. “I’m so glad I did.”

The opening night music was superb, starting with guitarist Fox and her organ trio greeting jazz fans as they entered the festival grounds.

Metheny and his wonderful new trio project – Side-Eye – delivered the first pieces of music performed on the Jimmy Lyons stage in two years. The tunes were daring and ambitious, living in this space where daring meets extreme art, as the legendary guitarist worked in this unusual trio setting with drummer Joe Dyson and keyboardist James Francies.

There was of course a bass missing in the mix, but I certainly didn’t feel like anything was missing. The incredibly talented Francies has handled some basslines on keyboards, and Metheny has added others to his assortment of guitars. It was a thrilling musical adventure – and one that other fans can relive when Pat Metheny Side-Eye performs September 25-26 at SFJAZZ Center in San Francisco.

Hancock was next, balancing classic and newer material in a performance that thrilled fans. The pianist-composer took the crowd through a variety of musical moods, ranging from funky and soulful to adventure and avant-garde.

The jazz master has a long history of performing in fantastic bands, including this one with guitarist-singer Lionel Loueke, bassist James Genus, flutist-singer Elena Pinderhughes and drummer Justin Tyson.

Hancock and his band will also perform on September 25 at the Oxbow Riverstage in Napa.

The Feeling of Jazz – Spotlight on Gene Ammons