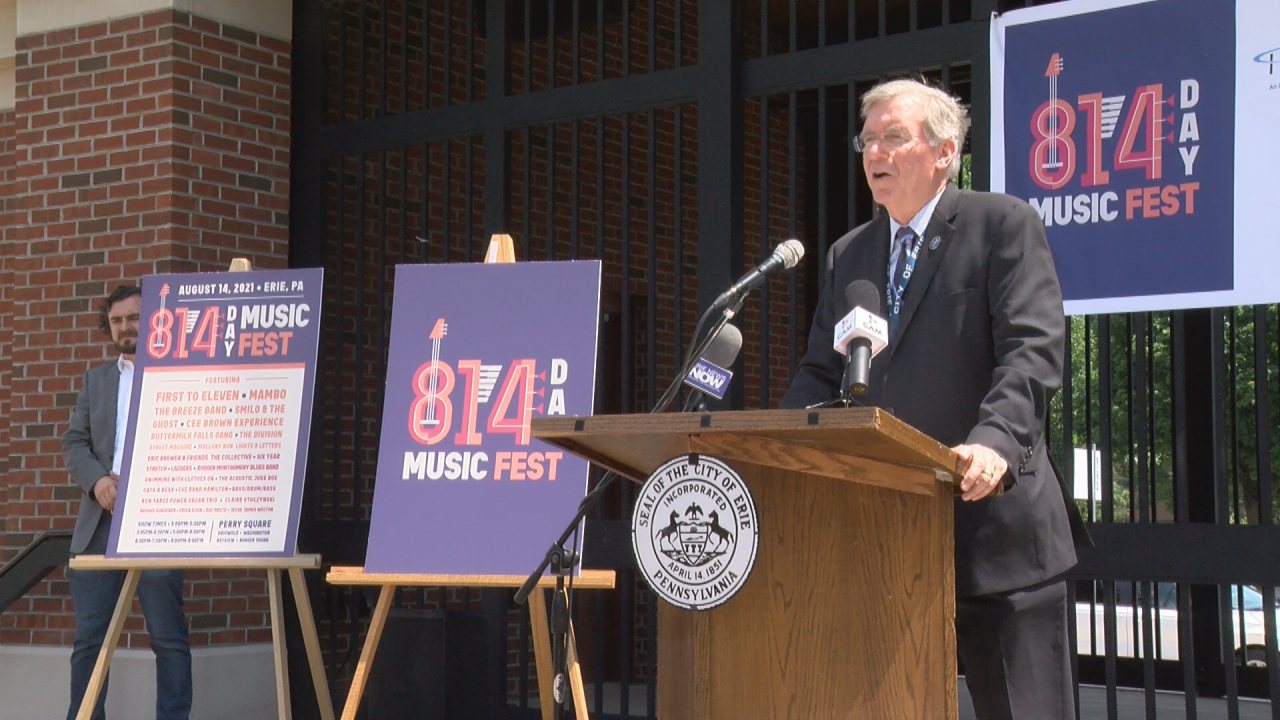 Live music festivals are making a comeback in Erie. Erie city officials are announcing their plans for 814 Day this summer.

Line-up was announced for the 814 Day Music Festival across town on Friday, followed by a concert in Perry Square. Mayor Joe Schember promises that August 14 will be a big day for the community of Erie.

â€œWhat we’re doing is five different parks east and west and here in Perry Square will be one. There will be performances, said Mayor Schember.

The return to live performances is not only important for the community, but also for local musicians.

“Just by going out and playing, like I said, in the summer, a lot of us musicians can play 3-4 times a week and we’re just happy to do it again.” said Jesse James Weston, a local musician.

Weston says it’s gratifying to be able to play again.

â€œErie is a hotspot for live music in the summer and it’s just nice to be here on a beautiful day, a breeze and the sun is shining.â€ Weston said.

Aaron Loncki, the festival’s events coordinator, says that after a rough summer last year, 814 Day 2021 will give local artists the opportunity to do what they love.

â€œThere’s a lot of work in there, but it’s all worth it because the live performances and the pay of the artists and production teams are really important to us. Loncki said.

Before day 814, there is a list challenge of activities that families can do in Erie. You can Click here to find out more and see this year’s festival lineup.