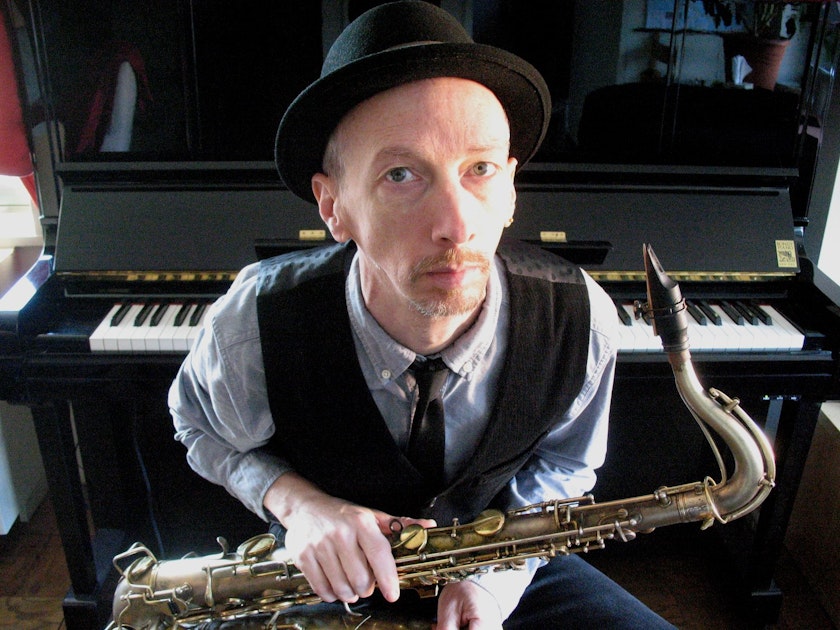 “Ca’Purange (Jungle Soul)” by 1962 tenor saxophonist Gene Ammons is a bold soul groove; its big sound is thick and earthy, but still light enough to sway over the accompaniment group with Latin accents. The trail is pretty much perfect.

But Ellery Eskelin’s 1996 cover is even better. Guitarist Marc Ribot adds a post-rock vampire, drummer Kenny Wolleson breaks the beat and Eskelin’s sax oscillates between horn and post-bop free-jazzish skronk and the smoothest tenor melody possible. The original is wonderful because of its sultry grain, and yet Eskelin’s trio manages to be more luxurious and broken. It’s like listening to Sadé in front of the Talking Heads, New Wave smooth jazz miraculously maintained by pure funky soul.

Eskelin’s attempt to reclaim Ammon’s manly R&B and bop mix on the album The sun is dead was less well known than either. But it’s still the pinnacle of the retro mini-genre of obscure homage to deconstructed jazz. Eskelin is true to Ammon’s approachable and sultry style while simultaneously sounding completely different.

The sweaty, swaggering organ boogie of “Twistin ‘The Jug”, for example, is transformed in Eskelin’s hands into a wave-less bump and hop and grind, with Ribot’s commentary and Wolleson’s clatter skipping. and hits around Eskelin Illinois free jazz Jacquet impersonation. Ammon’s pretty ballad, “Canadian Sunset”, spurts out holes in the middle, through which the trio fall one after the other. Eskelin reinvents the ‘Out of It’ happily uptempo by playing as fast as possible while Ribot and Wolleson try to keep up, as if they are all playing hardcore soul jazz. And “Precious Memories” transforms the contemplative version of Ammon’s gospel ballad from the standard into a disturbing blues rock. Wolleson and Ribot take these memories of the past and hammer them into a knife.

Allmusic was frustrated by Eskelin’s choice not to include a bass player on the set, the critic laments the absence of a “bass player”. But the sparse and bottomless feeling of The sun is dead is a big part of the disc’s unique and quirky sound. Ammon’s music was always full, thick, and grounded; the pleasure of his recordings is to dig and take root. On Ammons’ version of the centerpiece “Jivin Around” Triumphantly, for example, the rhythm section locks into a vigorous walk that gives Ammons and trumpeter Howard McGhee a pedestal on which to hit, jump and moan.

Eskelin, on the other hand, wants to see what happens when you dig and fall through. His “Twistin the Jug” pulls the neck of the drinking gourd; everything jumps and no landings as he, Ribot, and Wolleson charge around each other in an explosion of cartoon motion lines. With players left to their own devices without a pulse, the line between bop and noise rock Boredoms-esque somehow crumbles. Instead of a swagger, you get a squall.

The sun is dead did not have an obvious audience when it was released. He hasn’t found one since. People who have never heard of Ammon may shrug their shoulders at exercise in the hipster darkness. For their part, die-hard Ammon fans might regret his composure. But there’s undeniably a bad mood to throw yourself off the top of a cliff without a net, knowing that even if no one is listening, you’re going to be playing that saxophone all the way down.