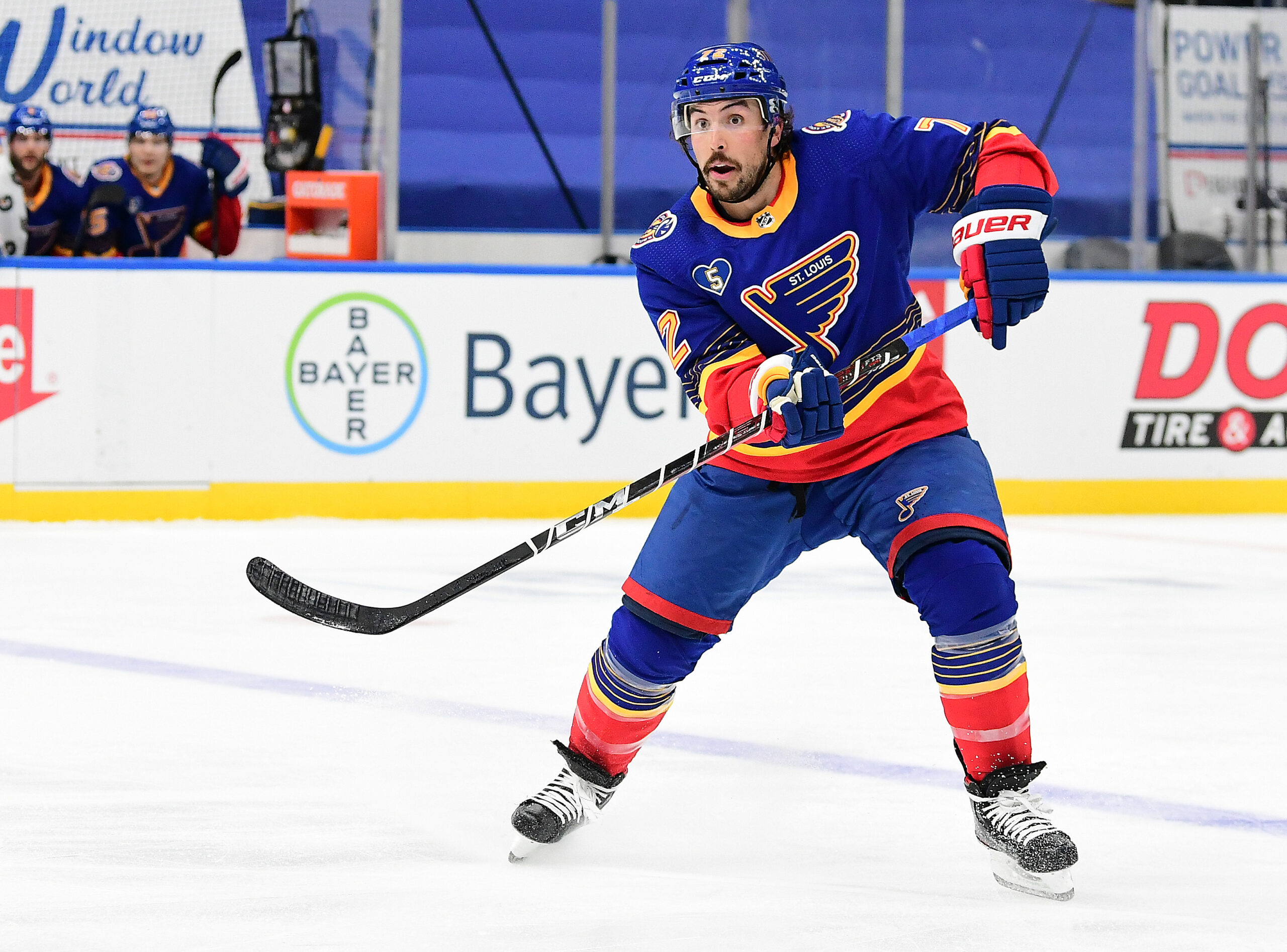 I think it’s fair to say that the St. Louis Blues blue line is the biggest question mark for the 2021-22 season as they’ve lost a good chunk of their defensive group to the team. of the 2018-19 championship.

It looks like this season’s blue line hinges entirely on improving players, rather than adding them in the summer, although there is still time to do so. This piece takes a look at the pairings themselves, not to be confused with my previous piece in May, which was more of a high-level view of the team’s defensive position.

With Justin Faulk emerging as a defensive back rather than the offensive back that he was with the Carolina Hurricanes, this pairing makes more sense than ever before.

Torey Krug is poised to have a better offensive season with his second season at St. Louis, although he showed flashes of brilliance at the back in his first season.

One thing that shouldn’t go unnoticed for Faulk is the great teammate and leader he was during the 2020-21 season, and after a lackluster 2019-20 season with the Blues, he has rebounded in several ways. His offensive numbers are expected to increase this season, and playing with a dynamic puck like Krug could help the flow of this duo.

This pair also have the ability to balance each other’s play, given that last season Faulk scored seven goals while Krug scored two. This should balance out and probably increase for both, especially in high season.

But at the end of the day, the way to protect this pairing is to have a top tier stop pairing, and that starts with finding a good match for Colton Parayko.

Maybe I’m still hopeful, but I see a scenario where the Blues find a veteran left-handed defender to play with Parayko. While I think the most likely outcome is betting on a Marco Scandella rebound season with Parayko, I don’t think that’s what they should be doing.

I’m taking risks with this one, but I think Zdeno Chara would be a perfect fit for Parayko, someone who can revitalize his game.

It was mentioned that if Chara decides to return to the NHL, the Blues would be a team interested in the services of the 44-year-old. Elliotte Friedman raised the possibility on the “31 thoughts” podcast.

The other free agent options on the left side don’t suit as well, as Erik Gustafsson is too much of an attacking defender, while Jack Johnson, Jordie Benn and Ben Hutton have all played poorly in the past two seasons.

The Blues need to find a way to get Parayko back in shape, he was great with Jay Bouwmeester and in the 2019-20 pre-bubble games he and Scandella were great.

I think they’ll probably come back to couple Scandella and Parayko, but I decided to turn things around and see things in a different way.

If they bring in a veteran free agent to team up with Parayko, that would likely become the third pair, two veteran players who have a defensive mind. As I mentioned above, Scandella has fallen since his excellent game following the Montreal Canadiens trade.

These two guys are defensive defensemen who don’t produce much on offense. I have a feeling that Niko Mikkola or Jake Walman will have the chance to play if Scandella returns in the stoppage pair with Parayko. Mikkola seems to be the most likely candidate, between him and Walman.

These two could complement and improve with more chemistry, but I don’t think the Blues are going down that route.

Overall, defense is the biggest question mark heading into the 2021-22 season, and I don’t think the Blues would hesitate to add a piece over the next few months if they see fit. . Blues general manager Doug Armstrong usually has something up his sleeve, and while it may be a blue line move, time will tell.

I have been covering sports for almost a decade. I started with FanSided as a baseball contributor. Now I write about the NHL and the St. Louis Blues for The Hockey Writers. I grew up in central Illinois as a huge fan of all sports. Finally, I do various podcasts on all major platforms.