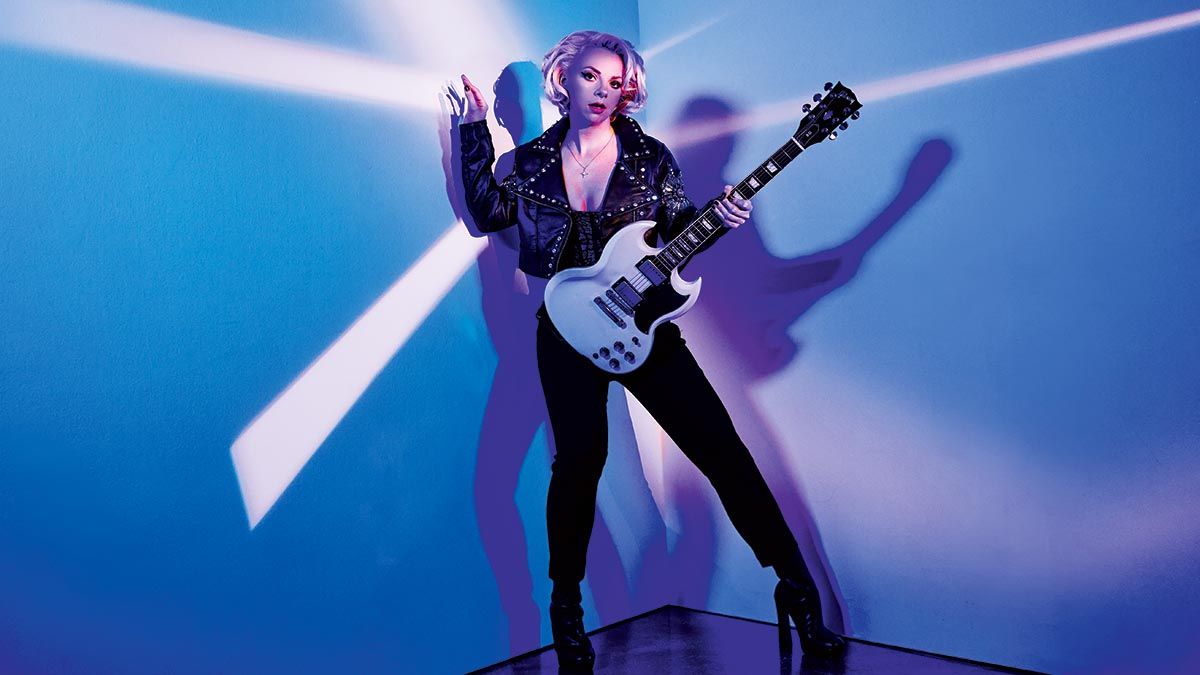 Samantha Fish’s seventh album, Faster, does exactly what its title suggests, and takes it up a notch or two. The hooks are more catchy than ever, the guitar work has even more fire and, as the slightly provocative album cover suggests, the record leaves the listener little in doubt that the songwriter- Kansas City-born performer is here to deliver outright swagger without any excuse.

One of the overwhelming characteristics of Faster is that it doesn’t sound or give the impression that it was written in a time of global crisis, anxiety, and restrictions. Said Samantha, “It’s such a fun and exciting record and I really thought it might go the other way when I started the writing process.”

As an artist who turns normally and writes on the go, the writing process at home offered a bit of escape. “I think we all hit that wall last year,” she said, “and I just started writing from where I wanted to be, rather than where I actually was. feel like the best thing that came out of it was that kind of uplifting, optimistic, confident “take charge and control” record.

Following on from 2019 Kill or be nice, the new album marks Samatha’s first collaboration with producer Martin Kierszenbaum, who previously worked with Lady Gaga, Madonna and Sting. So maybe it’s no surprise that Faster has a pop sparkle that sits atop the raw, bluesy currents of the material.

“I kind of want to push the boundaries of what people think of as the blues,” says Samantha. “But also, I really like involving different sounds. I listen to a bunch of eclectic music – I’m in pop and I’m in the industry – so it’s just to find these different modern tones to incorporate with blues and rock ‘n’ roll.

For this album, she first traveled to the West Coast and broke the record at The Village, Los Angeles’ famous recording complex, housed in a 1920s Masonic temple.

Over the years, Samatha has done much of how a recording location influences the outcome and character of the final product, explaining, “It shapes your mood when you’re there. About The Village, she notes, “This place has so much history and you’re like, ‘Okay, that’s the vibe I’m in while I’m here making this album,’ and it definitely colors it. It’s the backdrop to everything.

Sporting a Fleetwood Mac t-shirt for this interview, she admits: “Knowing that a Fleetwood Mac record was made over there at The Village, I listened to that a bunch” – this record is from 1979 Defense.

As for other sound inspirations, she cites always having the Rolling Stones “spinning”, and says that preparing to enter the studio, she “refreshed famous and legendary records”, including those of Lady Gaga, Prince, Elton John, David Bowie, Tom Petty and the Heartbreakers and the North Mississippi Blues players – especially the Fat Possum roster.

Altogether these artists could make an inconsistent mixtape, elements of each can be heard on Faster, and their influences are expertly balanced with a contemporary twist.

For example, on Hypnotic, she explains how she thought: “What would Prince do?” The result is a lively and spacious R&B track, reminiscent of Prince’s hits from the mid-1980s. Raspberry beret and To kiss.

She laughed, “Can I swear?”, Before adding, “I wanted it to be stylish and that I didn’t care. He’s supposed to have that swagger. So when I thought of artists and people that I ‘admires – Prince is certainly the one who was himself without apologizing – and I feel like this song channels that spirit.

With strong hooks and melodies at the heart of the sound of the record, she quotes Strong as having a melodic motif that she’s’ super excited about stretching live, ‘and explains,’ It doesn’t always work to have a 10 minute solo in the studio – I’m sure some people would argue with me about it – but I have some ideas on how to stretch it out, so I’m really excited to play this one later.

Developing her solo approach, she notes, “Anything that has a unique melodic motif that you can repeat and make a full part of – not just licks to get through a solo, but something memorable – I’m always proud of it.” this side.”

When it comes to the tools of her trade, Samantha is known to have an eclectic mix of guitars, but on this record she’s cut down to just three: her favorite white Gibson SG that she ordered online and that it has kept in stock since, a Fender Jazzmaster and a Gibson ES-335 for certain rhythmic parts.

Of this unusually small selection, she says, “Usually I’m in there, going through an arsenal of pedals and amps, but we’ve honestly used my SG straight into a Fender Deluxe and just have it. launched. And once we got that sound, Martin was like, “Dude, this is the sound of the record! “

Clearly having a high level of respect for Kierszenbaum’s advice, she continues, “Personally, I could go out there and turn knobs and play pedals all day, but sometimes there’s something to be said to say, ‘You have found a sound, it’s a powerful sound, let’s just do it and focus on what you put in it rather than, you know, all the effects. ‘”

That being said, outside of the studio, Samantha’s pedal board continues to expand rather than shrink with some of her usual devices, including a road-worn AnalogMan King of Tone, a JHS Mini Foot Fuzz, a Boss Super Shifter. which she says is “fun for drop bombs or really quick height changes,” as well as a time limit.

She adds, “Actually, I’ve been kidding ever since we got down to a trio last year, during the pandemic. We have since expanded the group, but during that time I added a synth pedal to my board so that I could smoothly mimic some of the keyboard parts below.

When it comes to amps, she has very different preferences in the studio and on the road, and explains that if you want something to sound “huge Led Zeppelin” on a recording, a small amp is the way to go.

On previous records she went for vintage Supros and explains, “You can get a lot out of a small amp – it has so much character and headroom and it sounds so good. So when I went there I wanted to have a smaller amp – the Fender Deluxe really worked.

While on tour, Samatha opts for Texas-based boutique amp brand, Category 5, explaining, “I’m not at all kind to them – they’re workaholics. They just work for me. It’s all tube, point-to-point wiring – very simple. And they cry!

Yet she keeps it adjustable, increasing or reducing its power night by night and place by place: “I actually have a 4×12 on the road and I go through it with different heads, depending on the place. If we play in a very large outdoor amphitheater, I’ll throw the Camille 90 watts in there, and if we play in a club, 50 watts is fine.

As a pro tip for those who are just starting out, she adds, “You have to be flexible. If you’re in a different room with different sound every night – a different number of people to soak up the sound – that makes a difference.

Although much of Faster was written in standard tuning, Samantha is renowned – especially for her fiery slide work – for playing in modified tunings and frequently opts for open G, drop D, open C, and open D.

A fan favorite, her Stogie Box Blues cigar box guitar will always be found in open G but, since it lacks the top and bottom strings, it is set to GDGB. It is by experimenting with altered tunings, she explains, that she finds new inspiration.

“There are times when I feel completely uninspired to write and I’m going to throw a guitar in a completely different chord that I’ve never worked with before, and that will help me. [me] Write a song. This will help you find a riff that you wouldn’t have found otherwise. I feel like it’s a great tool to learn more about the instrument.