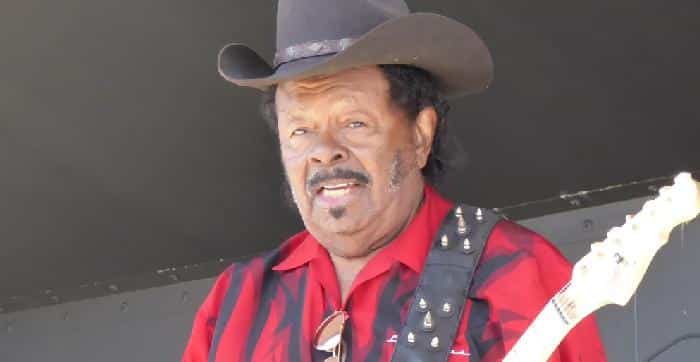 (Lawndale, CA.) – Jane Addams Park on Firmona and Marine Avenue was teeming with blues fans for the highly anticipated return of a live music festival. It’s a Blues Thang!

The Lawndale Blues Festival grows and improves every year. This is a great event that brings the community together – family, friends, neighbors, colleagues and other members of the great blues community to enjoy great food, great music in a relaxing environment.

The weather gods with a penchant for the blues viewed the festival favorably. The day consisted of lots of sun and a nice coastal breeze.

This year’s festival took place on September 11, 2021. On the 20the The anniversary of September 11 featured solemn and gloomy memories that took place all across the United States.

The Mayor of the Town of Lawndale, Robert Pullen-Miles, served as master of ceremonies, introducing each of the amazing groups on the line-up and acknowledging and grateful for the elected officials in attendance.

The show got off to a flying start with a comeback engagement from the SmackDaddy Blues Band. They are not hot to start a party. SmackDaddy Blues Band is a high octane blues rock band. The band members are Rodney Milon, alias-BR on guitar, Michael G on Mississippi saxophone (harmonica), John Albert-bass and Jeff Stern on drums.

It didn’t take long for the band to engage the blues crowd with a dose of funk and soul. Their entertaining set included the tunes “Walking Blues”, “Rock Me Baby”, “Watch Out Baby”, “Honky Tonk Blues”, a tribute to the late great drummer Charlie Watt.

Their set continued with “Leave My Little Girl Along”, “Checking Out My Baby”, “Out of Sight”, “Drive in Life”, a tribute to the great James Harman (Ice Pick) and concluded their set with ” Shape I “. m In. Singer, songwriter and guitarist Marian Tomas Griffin performed a heartfelt and touching original melody “Tallon of the Ten House”, dedicated to the memory of firefighter Sean P. Tallon, Ladder Co. 10.

Next was Guitar Shorty. The legendary guitarist has influenced countless guitarists past and present.

Jimi Hendrix and Buddy Guy are two names that come to mind. There were a few young fans in the audience who were checking out his style. This is the first Guitar Shorty festival.

It didn’t take long to put the crowd into a frenzy with his distinct set of high energy blues, raw, soulful vocals coupled with a flurry of fiery guitar riffs throughout his set.

Gregg Wright returned to the festival with his own band. Longtime festival goers are remembered by Gregg Wright for his outstanding performance as a member of the wonderful Rosie Lee Brooks and Brooks Project Band. Gregg Wright immediately tapped into the local power grid to deliver an electrifying performance to the delight of the crowd.

“Come Together”, “Don’t Talk to My Women”, “Born Under a Bad Sign”, “Gone, With Your Bad Self”, Cry Myself A River “and” Hoochie Coochie Man “were the songs performed during their together.

Gregg Wright on guitar was accompanied by Ron Battle-bass, Moe Beeks on keyboards and Danny Ritter on drums.

Shari Puorto is an award-winning American roots / rock / blues singer, songwriter and performer with a powerful and moving voice, ideal for singing the blues. Shari Puorto Band returned to close the 8the Annual Lawndale Blues Festival. The band opened their set with “Home of the Blues”, “Don’t Mess With Me”, “It’s a Damn Shame” and “Sugar Daddy”, to name a few.

The Classic Car Show presented by Astro Motive Auto Service was onsite with a showcase of Hot Rods, Custom and Low Riders.

Everyone agrees that the blues festival was a way to get things back to normal, to get rid of pandemic fatigue, at least for a while. The late Willie Dixon said “the blues is a fact of life”.

Ricky richardson is a music critic, writer and photographer based in Southern California. contact him via: [email protected]