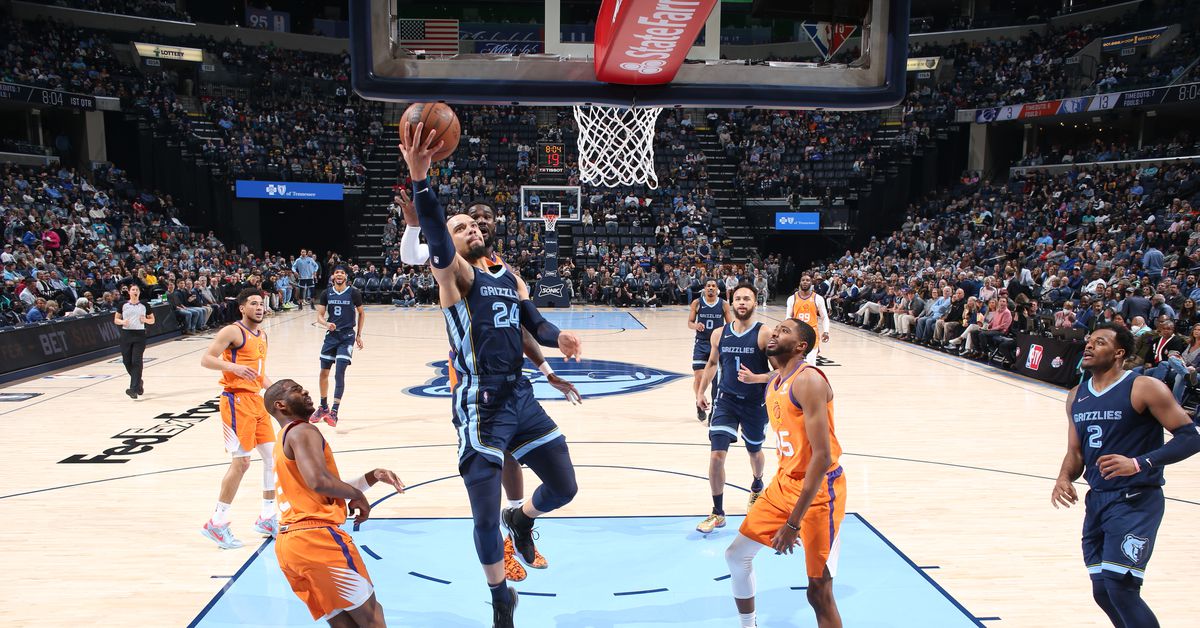 Most of the time, a matchup between the 1st and 2nd best teams in the NBA is gripping, energetic, and something of a spectacle. As the season draws to a close, most view this game as a preview for a deep playoff matchup.

Well, we didn’t have the same kind of magic tonight.

The Grizzlies sat Desmond Bane, Jaren Jackson Jr., Tyus Jones and Steven Adams with painful injuries, as they joined Ja Morant on the injury report. Meanwhile, it was a perfectly healthy roster for the Phoenix Suns.

Expectations aren’t too high, but hey, we got into some good basketball.

The Grizzlies shook things up in the 1st quarter, going on an 11-1 run in the first 3½ minutes of the game. The heating continued as Dillon Brooks burned nets creating dribbling, basking in the greenest light he had had since his rookie season. The Grizzlies also dominated the offensive glass, grabbing 7 offensive rebounds during the period. They won by as much as 16 points and finished the period with a 34-23 lead, after Santi Aldama flatly blocked Devin Booker before the horn.

The Suns began to cut the deficit early in the second quarter, reducing it to just 4 points. Midway through the period, Taylor Jenkins was ejected from the game, after challenging a blatant missed call on a John Konchar floater. This fiery intensity was super rad. The Grizzlies managed to hold on to the lead before halftime as they entered the locker room with a 54-50 lead.

The Suns managed to take the lead with about 8 minutes left in the quarter, probably something to be expected given the circumstances. Some cool stuff happened in the quarter, especially Ziaire Williams showing some flashes on the dribble. There was also a little exchange of words between Dillon Brooks and Devin Booker – give me all that energy by the way. The quarter ended with the Suns up 83-81.

The Grizzlies extended their lead to 14 points in the 4th quarter. The period belonged to Santi Aldama. He was absolutely on a – dusting off a slick European stage and this bad boy:

The Grizzlies froze the game with an isolation bucket from Dillon Brooks and a parry of free throws, securing a 122-114 victory.