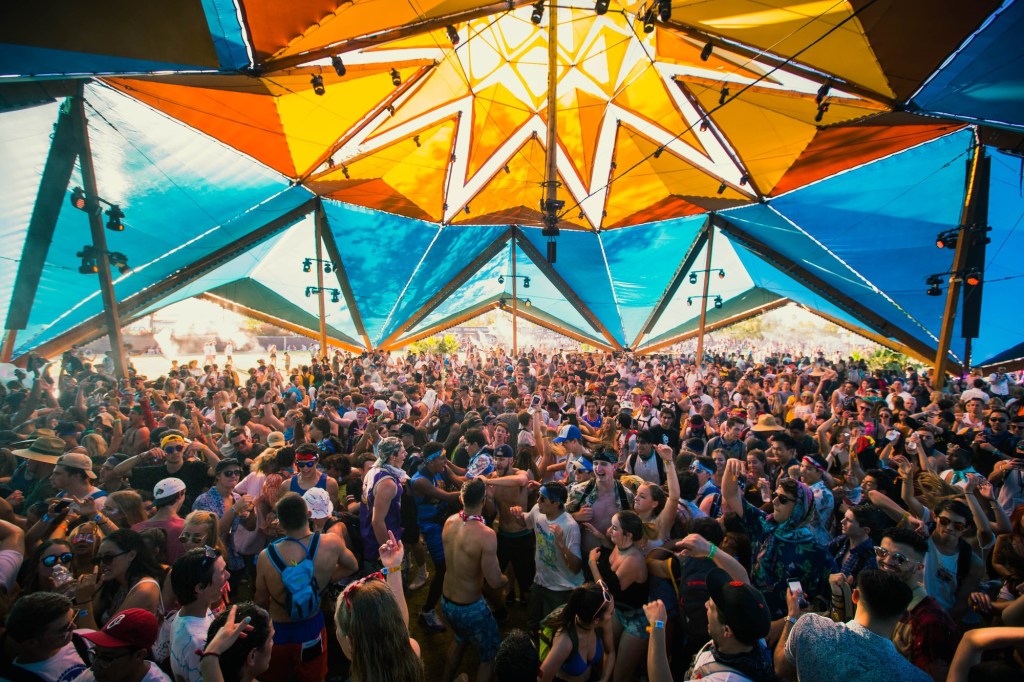 Festival Pass is a newsletter that arrives weekly in your inbox. But during the high festival season you also get bonus editions! Subscribe now.

It’s fall, which means that, in normal years, we enter the schedule forecast season for the Coachella Valley Music and Arts Festival. This is the time of year when sources reveal who’s headlining and fans begin to delve into next year’s tour routes in search of clues.

This year, Coachella is getting into the prediction action. Coachella posted a photo to social media on Wednesday showing the silhouettes of three figures with an orange background of the mountains, the Ferris wheel and the line of palm trees that have become Coachella’s calling card.

Who are these three men obviously too dressed for the desert? Axwell, Steve Angello and Sebastian Ingrosso, also known as the EDM Swedish House Mafia supergroup.

The trio recently announced a reunion and apparently one of the stops will be Indio next April.

The biggest question that remains is: does that mean Swedish House Mafia is the third headliner? Or are they a placeholder until Coachella lands Adele?

Do you have Coachella predictions? Let’s talk about them. Drop a line to [email protected].

Speaking of Coachella, we told Danny Elfman about it, as well as his big “Nightmare Before Christmas” shows coming up at Banc of California Stadium.

In other festival news, we have the bizarre saga of FAHMfest in San Pedro, which did not actually take place, and the food programming of Head in the Clouds in Pasadena. Read on.

Subscribe to our Festival Pass newsletter. Whether you’re in Coachella in perpetuity or prefer to watch from afar, receive weekly dispatches during Southern California music festival season. Subscribe here.

The party that wasn’t

Last weekend a handful of fans showed up at Berth 46 in San Pedro for FAHMfest, a celebration of Filipino food, music and culture. However, the festival was canceled and the organizer filed for bankruptcy. Richard Guzman has more on the strange saga of the festival.

The feast of the dead

Kelli Skye Fadroski is enjoying an interview for the Halloween season. She caught up with Danny Elfman, who will present the live broadcasts “Nightmare Before Christmas” at Banc of California Stadium next week, and I chatted with him about the movie, music, tattoos, Coachella and more.

The range of food has dropped

Head in the Clouds is coming to Brookside, the golf course next to the Rose Bowl, in two weeks and the range of dishes has been announced. 626 Night Market organizes the food and Richard Guzman has all the details.

Go-Go drummer Gina Schock will be releasing her new book, “Made In Hollywood: All Access with the Go-Go’s,” next week, days before the band is inducted into the Rock & Roll Hall of Fame. Kelli Skye Fadroski met and talked about Schock.

Have the Festival Pass delivered to your weekly inbox.