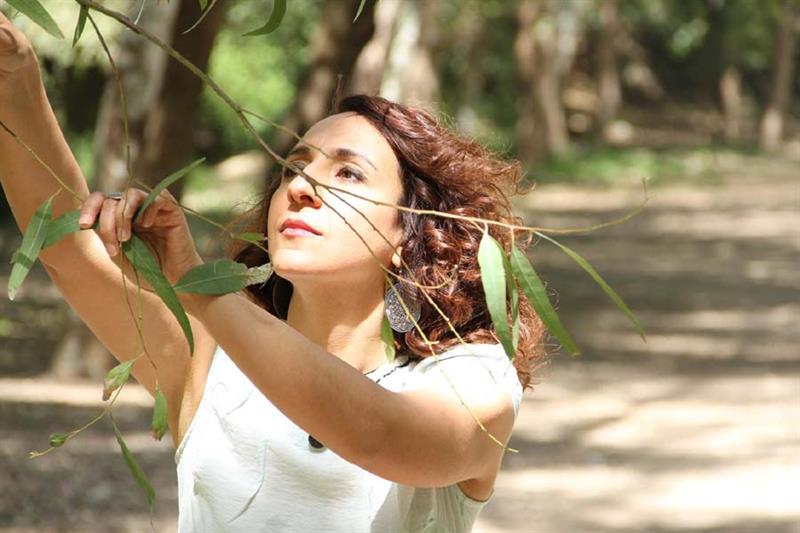 “I am so happy to share with you my upcoming concerts in Holland alongside great singers, choirs and musicians,” Khcheich wrote in her article, presenting the “Al-Bahr” project, in which she will collaborate with Cappella Amsterdam in her next visit.

“It’s going to be awesome, I promise,” she added.

Between October 26 and November 6, Khcheich will give a total of six concerts with the choir in five Dutch cities.

Tour details indicate many unique venues that will host the concerts, starting with Amsterdam, where it will perform on October 26 as part of the “Ud Festival” at the Meervart Theater; followed by a concert at the Vereeniging Concertgebouw, an art nouveau / art deco style concert hall in Nijmegen on October 27.

There will also be a performance in the famous Haarlem Concert Hall on October 28 and at Grote Kerk, a former Protestant church in Alkmaar on October 29.

His concerts in November include a performance at Muziekgebouw, Amsterdam’s main concert hall for contemporary classical music on November 3 and one at Nieuwe Kerk or the “New Church” in The Hague on November 5, followed by a performance in the Great Church of Den Bosch. November 6.

“I will be singing very beautiful arrangements by Maarten Ornstein,” Khcheich announced on his Facebook page.

An inimitable voice, Khcheich has secured a huge fan base in the Arab world with his brilliant amalgamation of turath (Arab heritage) and Western music, including jazz melodies.

In addition to revisiting the Arab music library, Khcheich has also performed new compositions in the Arab world and internationally.

Born in 1974 in the village of Al-Khiam in southern Lebanon, Khcheich was raised in traditional Arab music. During her childhood, she became familiar with the music of Oum Kalthoum, Mohamed Abdel-Wahab, Wadie El-Safi, Zakariyya Ahmed and Mohamed Fawzy.

Her passion for music earned her a place in Beirut’s Oriental Troupe for Arabic Music and later with Sahab, where she performed as a soloist for 17 years.

Along with her fledgling musical career, Khcheich also taught at the Lebanese Higher National Conservatory of Music, where she first obtained a diploma in oriental singing.

After nearly two decades of performing classical muwashahat – a genre of classical Arabic music that originated in Al-Andalus / southern Spain – Khcheich embarked on a new adventure more than a year ago. decade, this time presenting a reintroduction of this form of classical music aided by modern Western arrangements.

For more arts and culture news and updates, follow Ahram Online Arts and Culture on Twitter at @AhramOnlineArts and on Facebook at Ahram Online: Arts & Culture