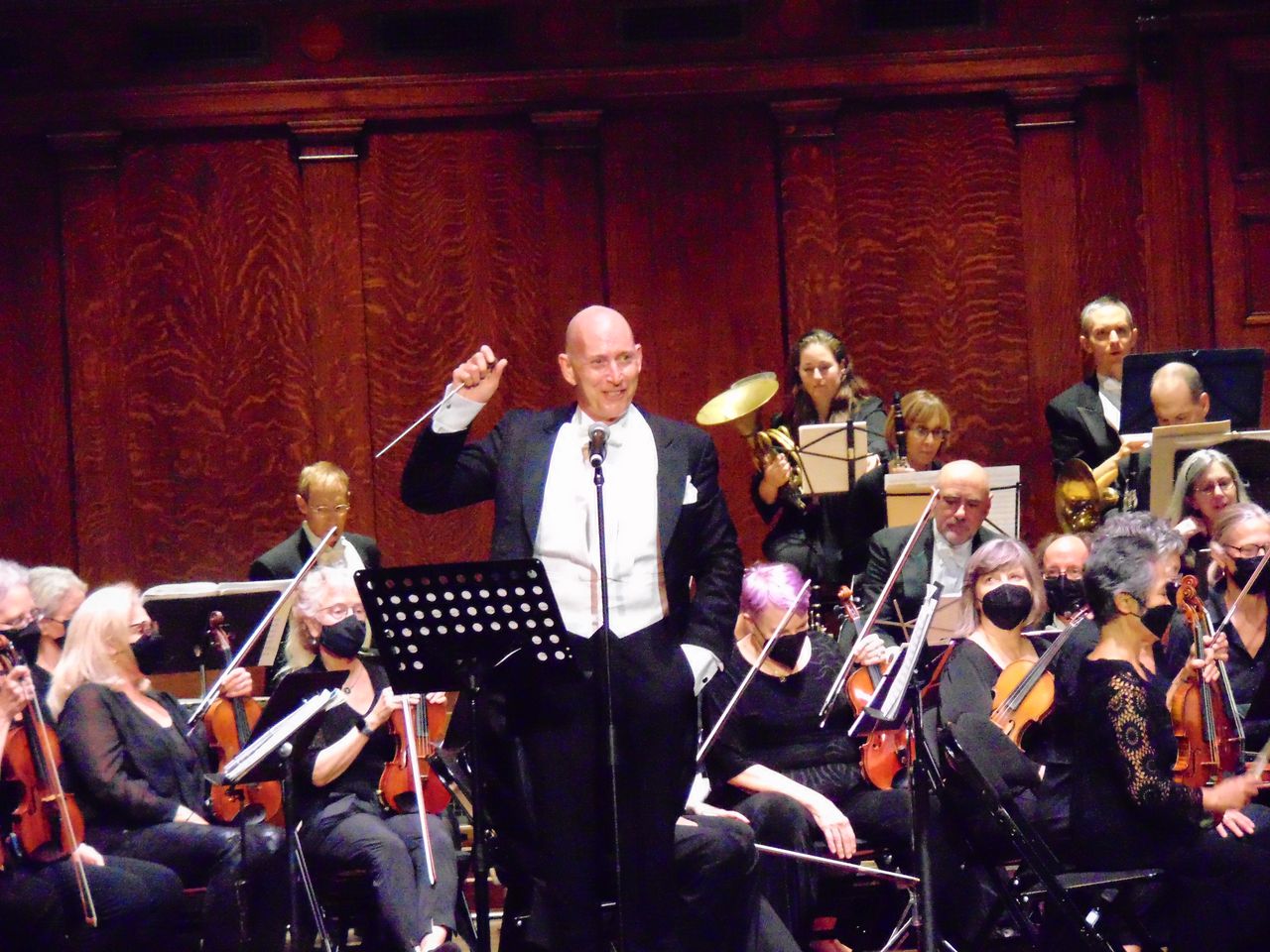 SPRINGFIELD – Mayor Domenic J. Sarno usually doesn’t take the stage at symphony concerts unless he conducts a number like a lark, but Friday night was different.

The performance marked the first time union musicians from the Springfield Symphony Orchestra (MOSSO) have performed live with their former conductor, Kevin Rhodes, in more than a year and a half due to the pandemic and a protracted labor dispute. with the SSO Board of Directors. Directors.

Wood emphasized the historic and unique nature of Friday’s performance in his own opening remarks. The free concert was sponsored by the City of Springfield and the Music Performance Trust Fund. MPTF administrator Dan Beck traveled from New York to attend the concert, and was recognized by MOSSO spokesperson and tuba player Stephen Perry. Rhodes and several orchestra members received no payment for the performance.

Sarno, Wood and a masked and vaccinated audience of 1,300 people – the maximum allowed in the room due to concerns over COVID-19 – greeted Rhodes and the musicians with thunderous applause and a standing ovation.

In return, Rhodes and his colleagues presented an exciting, energetic and uplifting program, balanced by islands of solemn and thoughtful music that served to further emphasize the triumph of music over silence and hope over adversity.

They started with a roaring ride through the second half of Rossini’s William Tell Overture, the part that a certain generation associates with the Lone Ranger.

Two movements of Beethoven’s pen followed: the flamboyant Final of the Fifth Symphony and the somber Allegretto of the Seventh. Rhodes presented the first single as a celebration of the musicians’ return to Symphony Hall, and the second as a tribute to all who have experienced “deep sorrow” over the past 20 months.

The first and last movements of Dvorak’s “New World” Symphony offered a similar contrast between extroversion and introversion – between shadow and light, savagery and tenderness. Rhodes and the musicians took the time to explore the nuances of these extremes in Beethoven and Dvorak’s selections, allowing the music to become so muffled that it is almost inaudible, and so powerful that it dusted the canvases of spiders from the far corners of Symphony Hall. .

Rhodes concluded with the third and fourth movements of Tchaikovsky’s Fourth Symphony, one of the works performed at his “audition” concert in Springfield 20 years ago. He described them as the “fun” Scherzo and the “Let It All Hang Out” movement, and faithfully delivered those descriptions in the performance.

Rhodes reminded the audience of the scene at the end of Peter Pan where Tinker Bell fades away, and Peter pleads, “If you believe, wherever you are, clap your hands and she will hear you!” Friday’s audience clearly believes passionately (along with Rhodes and the musicians) in the value and power of music. They clapped long and loud, giving Rhodes three callbacks, and enough time to recognize all sections of the orchestra and shake hands with many individual musicians.

MOSSO’s “Coming Home: A Symphonic Reunion” was a huge success – entirely planned and performed by the musicians with the support of the City of Springfield, the Music Performance Trust Fund and generous individual donors like Lyman Wood. Plans for future performances were discussed overnight

The musicians are determined to keep classical music alive in Springfield, and judging by the sold-out hall and the boisterous response to their efforts on Friday night, so are the audiences.