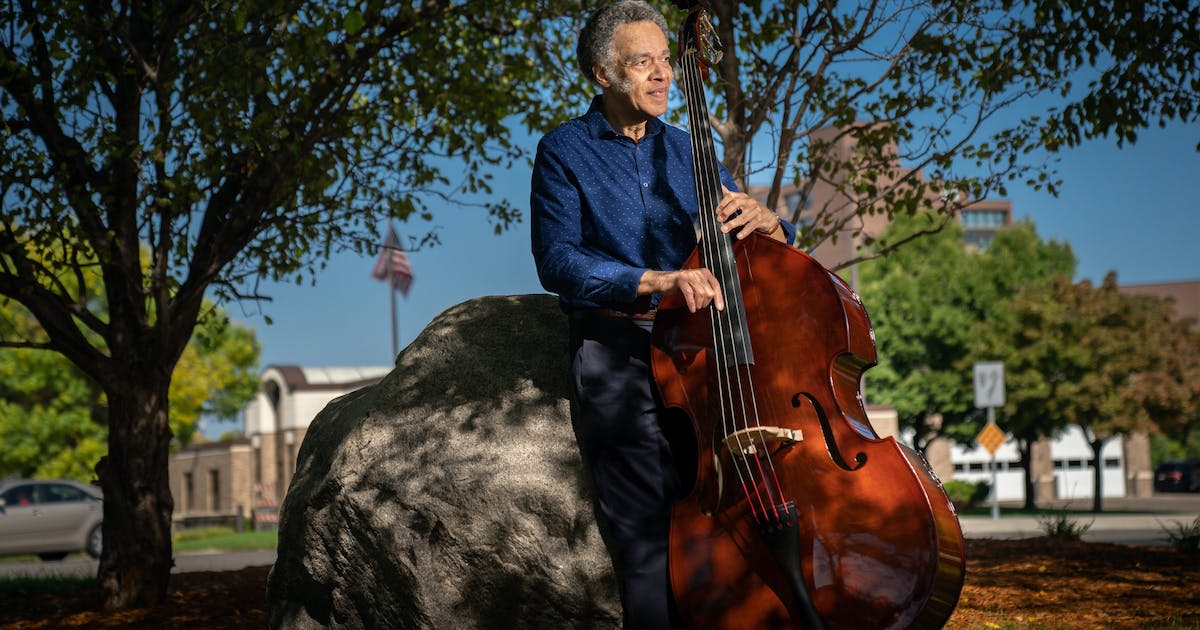 The pounding on his front door was persistent and Oliver Lyle opened it, expecting to be greeted by a salesman. He feared it might even be the police.

Instead, it was the mayor of Golden Valley, Shep Harris. He had come to right a 50-year-old wrong.

“He was there in a suit, reaching out to introduce himself and apologize for the time,” Lyle said. “I never thought something like this would ever happen.”

Lyle, a black student and jazz musician, was arrested nine times in six weeks in 1969 on his way from his Dinkytown apartment in Minneapolis to the Point Supper Club in Golden Valley, where he performed. He sued several Golden Valley police officers for depriving him of his civil rights, arguing that they had demonstrated a “model of prejudice” by repeatedly harassing him.

“They had like border control between Minneapolis and Golden Valley,” Lyle said. “See a black man, stop him. And they would have the audacity to ask: “Are you lost? “”

For Harris, mayor of Golden Valley for nearly a decade, the timing of the atonement with Lyle last year was the missing and long-awaited piece in a larger, ongoing effort at racial reconciliation.

The murder of George Floyd by a Minneapolis police officer in 2020 has prompted cities across the country to take a close look at law enforcement’s treatment of people of color.

After the official apology, Golden Valley hired an equity coordinator to diversify the city’s workforce, including the police department – where 92% of the 26 sworn officers are white – and formed a commission to monitoring for service. In September, the city received a public safety grant of $ 250,000 to fund the commission, as well as a fairness audit of police policies and practices that includes training to combat systemic racism.

Lyle said the conduct and reputation of former Minneapolis officer Derek Chauvin, who was convicted of Floyd’s murder, was reminiscent of one of the Golden Valley officers. Every town needs cops, he said, but the police “just need to clean the house” to prevent history from repeating itself. And for that to happen, Lyle said, departments need to get rid of bad cops and encourage good cops to speak out.

“I think one of the worst enemies of the police service is what is called the code of silence,” he said, referring to the reluctance of some police officers to report misconduct in their ranks. “[It] goes back to generations and generations of policemen. And I just think it’s unfortunate, because things have to get better and can’t get better with bad police players. “

As mayor, Harris had heard of a federal civil rights case in the city for a long time. But he never knew about Lyle.

When he knocked on Lyle’s door a few weeks after Floyd’s death, the 79-year-old musician was putting the finishing touches on his new novel, “A Valley Too Far,” based on his experience with the Golden Valley police. The book is as much about jazz and romance as it is about justice, but Lyle said its release last spring couldn’t have been more timely.

Harris said he is now determined to set the record straight on how Golden Valley police have mistreated people of color in the past. By the time of Lyle’s trial, the city police department had received more complaints than any other department in the metro area. According to the lawsuit, more than one in five people arrested in Golden Valley at the time were black, although there were only 59 African Americans then living among the city’s 24,250 residents.

“I read the summary of the court file, and that’s when it hit me,” Harris said. “There was the $ 4,000 somewhere in that summary. It is not an apology or an acknowledgment of wrongdoing. It is a historic wrong that has never been corrected.”

An all-white jury has found Golden Valley Police Chief Everett Frandsen and three police officers guilty of conspiring against Lyle, then 28, who was awarded $ 4,000. The case is notable in Minnesota civil rights history, said Jim Hilbert, professor and associate dean at Mitchell Hamline School of Law, because people of color in 1970 did not have equal access to the justice system. .

“Think of all the obstacles, and Mr. Lyle overcame them all,” Hilbert said. “He attacked the system. And convinced not only a lawyer, not just an all-white jury, but also a judge that justice must be done.”

Lyle grew up in southern Minneapolis with six siblings after his parents moved from Memphis. Together with his brother, the famous jazz pianist Bobby Lyle, he learned to play the piano from their mother Elise, a church organist. He graduated from Minneapolis Central High School in 1960 and after being recruited in 1964 he joined the Army Orchestra. Music, Lyle said, kept him from going to Vietnam.

After his service, Lyle enrolled at the University of Minnesota, where he studied sociology and juggled homework and jazz concerts. In 1969 he joined a band playing at the old Point Supper Club in Golden Valley, a short drive from his apartment in Dinkytown. But he was constantly targeted by police, arrested and searched, often making him late for performances.

“If I remember correctly, on the way to jail, I told the police that I would see them in court, and they laughed,” he told a reporter 50 years ago. “I was worried if they were laughing because they thought it was a silly thing to say, or because I was black and they thought I wouldn’t stand a chance in front of a judge. “

After a two-week trial, jurors deliberated for three and a half days before finding the prefect of police and three police officers guilty of conspiracy to deprive him of his civil rights. They awarded Lyle $ 4,000. “Black Musician Hails Moral Victory,” the headline read in the Minneapolis Star.

Half of the arrests of people of color in Golden Valley were made by three of the officers the jury found responsible: Ronald Pavlock, David Niebur and James Zelinsky. Niebur then racked up more than 40 complaints from 1975 to 1988 while serving in the Minneapolis Police Department.

“Most of the people who were harassed at the time didn’t go to court because they were scared, because it was hard to make a lawyer believe, because they didn’t think it would do what whatever, ”Hilbert said.

Although not required by law, the judge also authorized $ 1,000 in fees for Lyle’s attorney, William Merlin. The Civil Rights Attorney’s Fees Award Act was not passed until 1976.

“This is a case that I think all Minnesotans should remember and know in honor of Mr Lyle for the courage he has shown in taking a stand and essentially holding the old racist police accountable,” he said. Hilbert said.

The judge denied the officers’ request to overturn the verdict. But the city council and mayor approved a resolution saying officers acted in good faith and sent residents an eight-page brochure, “It Happened in Golden Valley,” which signaled racial tensions in the city but essentially “absolut[ed] the police and place[ed] blame it on ‘the village as a whole’, ”according to the Minneapolis Star.

Lyle got the brochure but not the apology. Five years later he moved to Golden Valley, where he lived with his late wife Georgia and remains to this day not far from Harris’ home.

“Once you walk into a place and clean it up,” Lyle said, “then it’s OK to live there.”

Harris recognized a certain “trepidation” as he approached Lyle’s front door that day, due to the trauma Lyle suffered decades ago and whenever a black person is killed or harmed. by the police.

But Lyle welcomed Harris into his house and accepted his apology.

“It’s a testament to Ollie’s character,” said Harris. “Here is someone who had to sue a town because of the color of his skin. Yet he still lives in the same town that wronged him many years ago. It takes courage.”