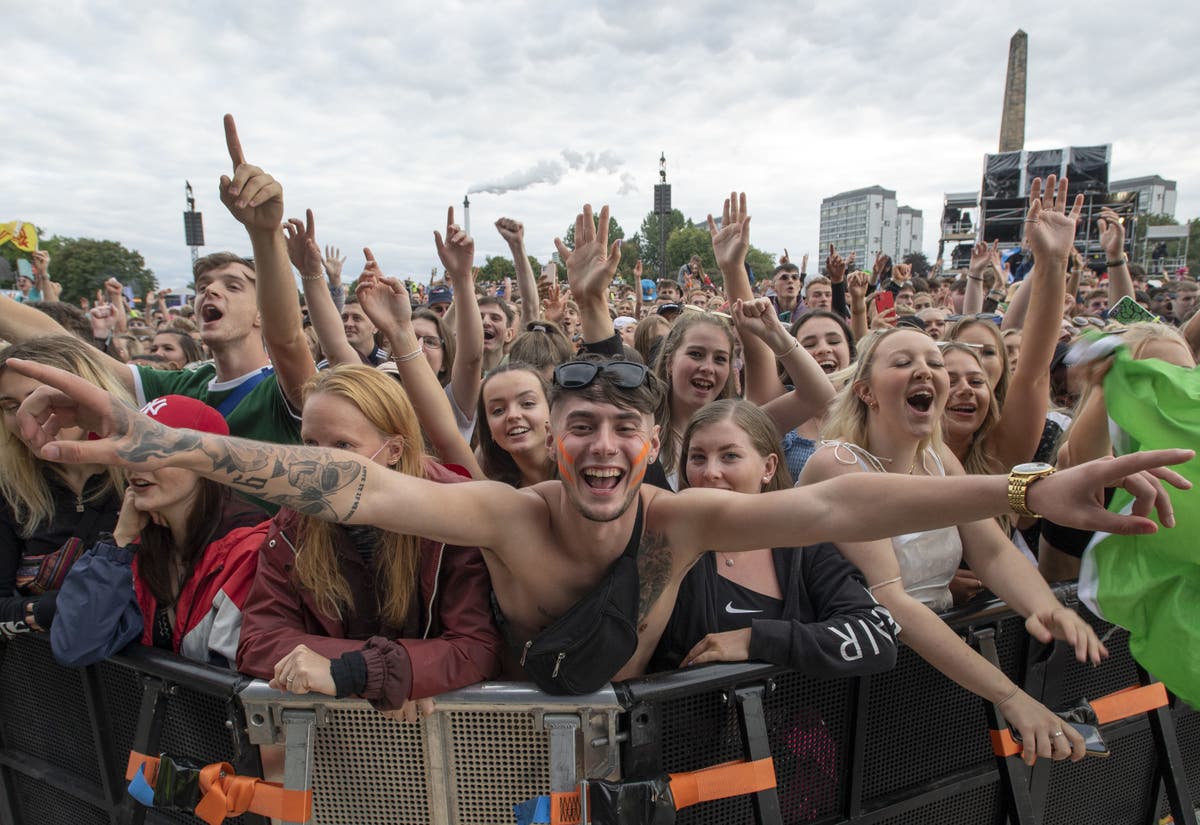 a total of 551 cases of Covid-19 have been linked to the TRNSMT music festival held in Glasgow last month, according to new data.

The multi-day event on Glasgow Green saw as many as 50,000 spectators flock to Scotland’s largest city for one of the country’s first mass events since the start of the pandemic.

Party-goers were asked to provide proof of a negative lateral flow test in order to enter.

According to Public Health Scotland data obtained after an access to information request by the PA news agency, 551 people who tested positive for the virus said they had been at the festival at the time of their illness when they spoke to contact tracers.

Some 1,645 people were also found to have been close contacts of those who tested positive.

According to Public Health Scotland, the numbers do not mean that Covid-19 was contracted during the event, only that those who spoke to Test and Protect recorded having been at TRNSMT at the time of their illness.

After the event, National Clinical Director Professor Jason Leitch said the festival was not responsible for a spike in cases.

In the week immediately following the festival, 30,928 cases of Covid-19 were recorded as part of the Scottish Government’s daily tally, meaning that the number of confirmed cases of TRNSMT was 1.7% of the total.

However, it is not possible to say when each case was reported.