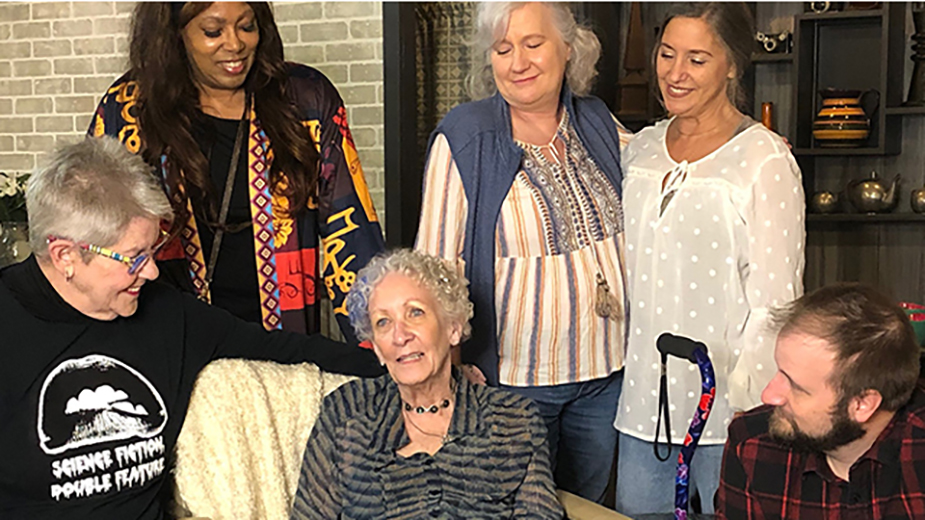 By JEBallantyne Jr.
YOUNNGSTOWN, Ohio – If it was possible for a play to speak for itself in a written review instead of typing words on a page, Susan Miller’s “20th Century Blues” at the Hopewell Theater certainly could. say long. As the main character, Danny in the play describes his career as a photographer as a profession where no words are needed – this play doesn’t need words to extol its virtues.

Blues follows four women who meet once a year for a photoshoot that chronicles their changing lives during their 40-year friendship. Danny, the photographer, was given the opportunity to exhibit his photographic work at the Museum of Modern Art in New York. The photos she chooses to exhibit are those of her three friends taken during this 40-year period. What ensues is an examination of trust, relationships, and the ongoing issue of the past and present as they clash over their lives that suddenly become very public.

Pat Folz gives a wonderful performance as a creative and energetic Danny. Not only is she the central character of the play, but Danny is the glue that holds the whole show together. Folz is so natural in the role that audiences easily befriended her from her opening monologue. Folz gives the role just the right injections of humor, sadness, frustration, and love while doing it with a mischievous smile that’s hard to resist.

Kim Akins as Mac, a writer for a downsizing journal, delivered a fluid performance of a woman who seems to know who she is and where she is going at first, but then moves on to doubts as concerns begin to surface about photos and what to expect as her life and career face major changes. Akins is very believable in the role, especially in a first scene with Folz with a lot of timing and humor. She keeps Mac light and witty as a black lesbian who at times isn’t sure exactly which of these “causes” needs her immediate attention.

Gabby, a veterinarian by trade, is played by Brenda Zyvith. Gabby is kind of a Pollyanna character who always tries to see the best and the positive in almost everything. Zyvith’s performance is energetic and she keeps Gabby at a high level of sunshine, even to the point of bringing the other women shower caps that she has lifted from the hotel.

The character who takes the most turns from others is Sil played by Stephanie Cambro. Sil is much more self-centered than others and views the upcoming exposure as an extreme setback to his own career in real estate. Convinced that her face is selling houses, she is much less willing to have her photos made public. Cambro delivers a deeply felt performance that was somewhat hampered in the first act by a Brooklyn accent that seemed a bit staid. She also seemed to be trying too hard to be Sil rather than just letting it happen. This seemed to reverse dramatically in Act II.

Lynn Nelson Rafferty and Nate Beagle are also impressive in smaller roles. Rafferty plays Bess, the mother of Danny, who suffers from dementia. While one of the smaller roles Rafferty has played in his long career, it can also be one of his best. She’s so believable as Bess, 91, that she looks like she can rock at any moment as she makes her way around the stage.

Beagle is Simon, Danny’s adopted son, who is only on stage for a short time but who puts on a great performance barely returning from a reunion to meet his birth mother. The ensuing scene with Folz is a highlight of Act II.

Matthew Mazuroski’s directing is low-key and allows the actors to create these characters while providing them with an excellent framework to build on. The friendship of the four women is so believable that it could only come from their working chemistry. Mazuroski also designed the exquisite ensemble of Danny’s apartment with spectacular artwork that is in fact for sale after the show is finished.

The play touches on many topics and delves into many emotions, including a look at how we deal with aging as a society. The piece speaks, in fact, for itself. You will think about it a long time after seeing it.

It’s good that live theater is returning to the region after such a long absence.