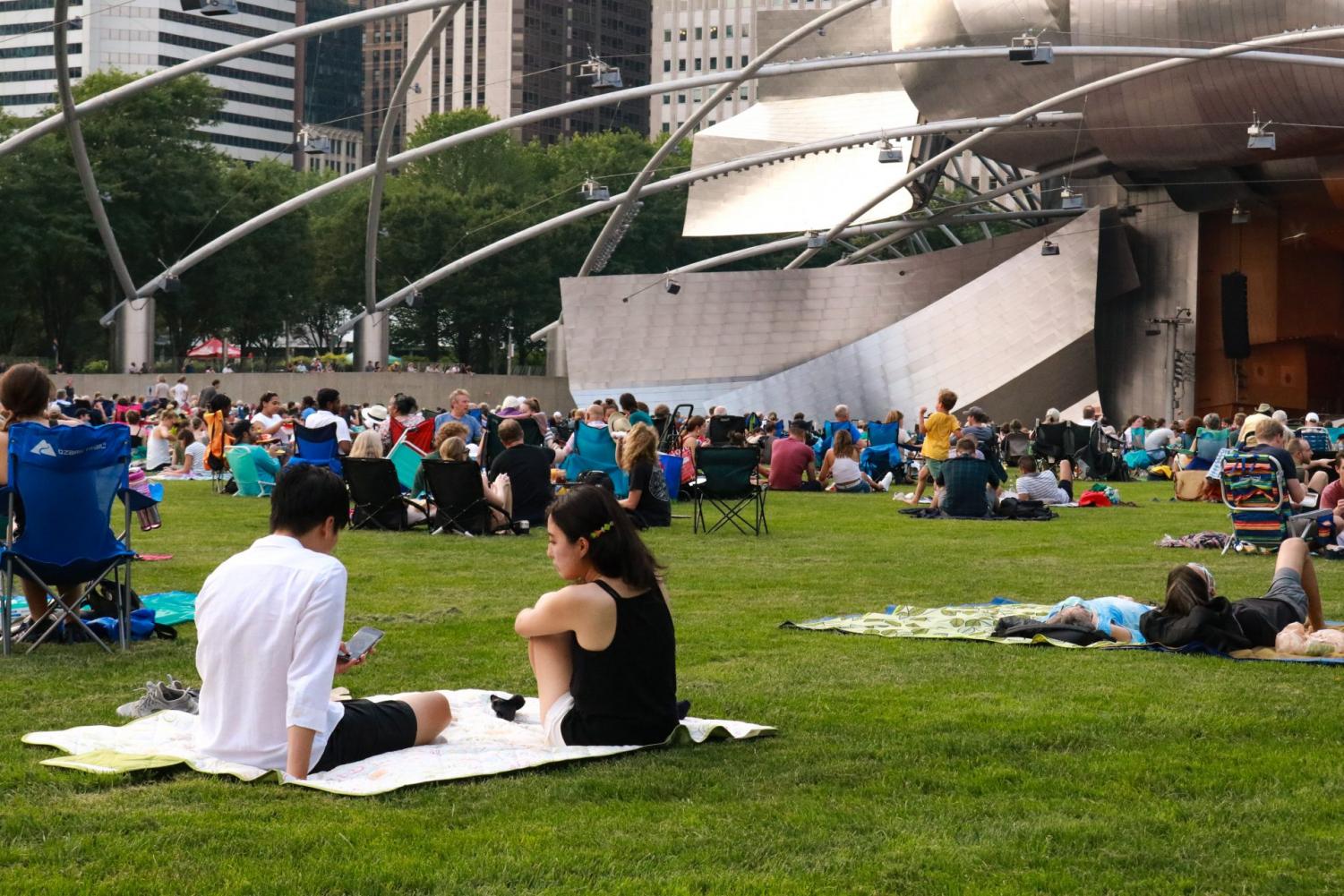 Silence settles over the crowd as an orchestra tunes its instruments and the Grant Park Music Festival begins. Hundreds of people congregate at Millennium Park every weekend in Chicago, but lately the crowds have been increasing for reasons other than The Bean and Crown Fountain. Many are here to listen to classical music.

The Grant Park Music Festival is a series of free performances taking place in Chicago neighborhoods. Starting in mid-July, the festival lasts until the end of summer. It includes the Grant Park Orchestra and the Grant Park Chorus, both composed of professional performers from around the world.

The orchestra and choir rehearse on a strict schedule to prepare for the concert series, which features music from famous and lesser-known composers. Choir personnel director Melissa Hilker enthusiastically reflects on the intense rehearsal schedule. Hilker’s position includes overseeing the behind-the-scenes aspects of the choir. “The choir rehearses alone, then it rehearses with the orchestra twice, then [they] perform, â€said Hilker. “You have to be a tough musician to be successful in this band, because if you’re not, you won’t be able to keep up with those rehearsals.”

As intense as the rehearsals are, the viewing and listening experience is tailored to the desires of the viewer. Many different types of people attend these performances, all of which have different interests in classical music. Marilyn Buente, a new freshman at Columbia University, noticed the various groups of people enjoying classical concerts. â€œI have a pretty good appreciation for classical music because I’m learning to play it, but I don’t know much about it,â€ said Buente. â€œBecause I don’t live in Chicago, I was excited to see the variety of goals people had there. People [were] â€¦ There for different reasons and all having fun.

The Grant Park Music Festival has strived to make its music more acceptable to a wider audience. Staff understand the importance of showcasing the talents of different composers to attract and represent different voices. Orchestra Staff Director Linda Oper recounted the thought process that went into choosing the music for each year’s program. Oper says the orchestra has expanded diversity efforts for the festival. â€œWe explore the conductors and artists of BIPOCâ€¦ different cultures, women, and even hire musicians in the orchestra when possible,â€ Oper said. â€œWe are really exploring, trying to diversify what we offer to our audience.â€