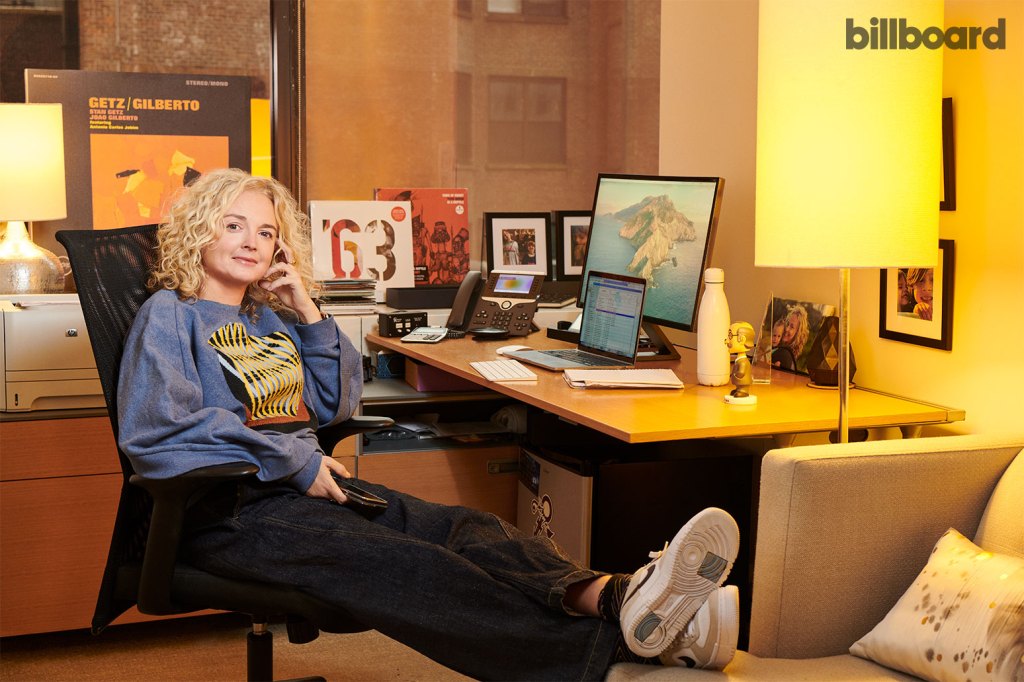 November 23, Dahlia Ambach Caplin wandered around her Brooklyn neighborhood, listening to a series of artists announce the 2022 Grammy nominations. For an hour, as genre categories and Big Four honors were revealed, one name kept coming up: Jon Batiste, the Late show with Stephen Colbert conductor that Ambach Caplin signed with the group Verve Label in 2018. In total, Batiste won 11 nominations, the most of any artist, including nods for the record and album of the year for his single “Freedom” and We are album, respectively.

“I was [multitasking] on a Zoom call, on a completely different topic, as all the albums and records for the year were starting to come out, and I was like, “I can’t stay on the phone right now!” “She said.” It’s a proof of concept. He’s an amazing artist, and I’m so happy for him because he’s a real talent who works hard.

The nominations were the latest validation for Ambach Caplin, who was born and raised in Antwerp, Belgium, where her uncle ran concert promotion company Make It Happen (which he sold to SFX in 2001). After moving to the United States in the 1990s, she worked for Verve for two decades. Its work of identifying and signing artists on the iconic jazz label – founded in 1956 to release Ella Fitzgerald records, it has also become the home of artists like Billie Holiday, Nina Simone and The Velvet Underground – led to Grammy recognition for acts such as Tank and the Bangas, Ledisi and Herbie Hancock. She produced the last River: the letters Joni, which won Grammy Album of the Year in 2008. (Arooj Aftab, nominated for Best New Artist this year, is also distributed by Verve, although she was signed by director A&R Nathalie Weber.)

Verve’s success comes as the jazz genre rises in sales and streaming – up 11% in album consumption units year-over-year in 2021 to date, according to MRC Data. This is a boost in line with the growth of the industry as a whole. “Historically, Verve has always been a real original talent,” she says. “So I think the philosophy is that we are looking for artists who have voices that are unlike anyone else and who are amazing at their craft. “

Congratulations on the Grammy nominations. What is it like to work with Jon Batiste and see him evolve over the years?

He’s an amazing human being and an amazing artist. And that was very evident from the first day I met him, who was at his piano teacher’s house many years ago. He was already doing his thing. It was before Colbert. He was doing shows and I was going to see him at Blue Note or Rockwood [Music Hall in New York], and he’s always had this amazing way of getting audiences moving. I had never seen people dance to jazz, and he was able to communicate it. It’s very rare to see that.

What impact can Grammy nominations have on an artist’s career?

Artists make the music they make, and no one makes music for prizes. But what it does is help bring opportunity and legitimacy into the business. Sometimes you feel the impact like that. But artists only make their art, and we are here to increase it by supporting it and giving it exposure around the world.

This is the second year in a row that Verve has been nominated for Best New Artist. What is your approach to A&R?

The criteria are that an artist is incredible in his profession and that he is unique. I worked with Ledisi when she was the best new artist, and she was a unique voice in R&B. Arooj is unlike anyone else. Tank from Tank and the Bangas is an amazing musician, singer, rapper and amazing speaking artist. She’s a triple threat, and then she’s backed up by this incredible group of musicians. They all did a lot of work on their own to get traction. I see A&R development as providing the necessary tools for the artist to realize his artistic vision while helping to refine it.

What are some of the keys to breaking a new artist, especially one who is far from the pop realm?

The artists we choose to work with stand out, and we take great care that our artists each have their own unique path at Verve. This allows them to focus on creativity while we amplify the music for the audience. We don’t have a strict model for marketing any more than we do for A&R. Verve is also like family. We stay very close to what our artists need. Jamie krentz, who runs Verve, is in touch with everyone on a daily basis.

Has your strategy become more global now that streaming has shrunk the world?

I’m originally from Belgium, so I tend to think pretty globally. I started my career traveling the world with Wayne Shorter, then I went international, so it’s in my DNA. Our global approach to artist development is essential. We are based in the United States, but we work with so many countries. We are in almost daily contact with our teams in France, Germany, etc., because you never know where an artist will start to generate the buzz. Everything is smaller because of the Internet. We no longer need to be somewhere to find someone.

What is the state of the jazz market today?

Exciting. (Laughs.) It’s better than it has been in years. There’s such a renewed interest – there’s an infusion of young talent and an audience between London, Chicago, New York, Los Angeles. It’s amazing to go to festivals and watch people jump up and down to Sons of Kemet or Kamasi Washington or The Comet Is Coming. The talent pool has grown; there were so many amazing artists to discover. And it’s not just about going to a jazz club anymore. You can see jazz in many places. And that’s a testament to agents and bookers around the world who do.

What would you attribute this wider acceptance to?

One thing I would say is that because it’s in the hands of all these new talents, you have people who combine different sounds. They grew up listening to hip-hop and R&B in the US and the Caribbean, and Afrobeat in the UK, and they channel that into jazz. So people relate to it more. This is an important factor that I have noticed in the musicians with whom we have worked.

What are some of the challenges and opportunities in the jazz world for Verve?

The opportunity is that there are so many new avenues out there. There have always been big jazz festivals, but there is a bigger mix going on now in a lot of places around the world, where you can see an R&B artist and a jazz artist at the same festival. Jazz is still a type of music that challenges some people, but I see more opportunity than ever before because people are more receptive to it. Playlists are also a growing opportunity to expose people to jazz who otherwise would not be exposed to it.

How has the vinyl resurgence affected Verve?

Jazz does not spread like pop, so vinyl is essential for our income. We do a lot with Record Store Day – our revenue team works closely with all accounts on this. The one major challenge we all face since COVID-19 is the supply chain. But we are delivering records earlier so that we can meet those demands, because it is so important.

How has the rise of streaming changed the way you approach your work?

A lot of great talent is now being discovered by listeners who look around and take deep dives. On the marketing side, we’re fully engaged at all levels, and it’s really important to work closely with all of these accounts around the world. It’s amazing for the catalog and for new artists, and it’s nice to see when cross-pollination happens and an artist who comes from a more jazz-like place ends up on a different kind of playlist. It opened up so many other avenues for the audience and for me personally – not just as a fan, but as an A&R executive. So, on both sides, it’s a victory.