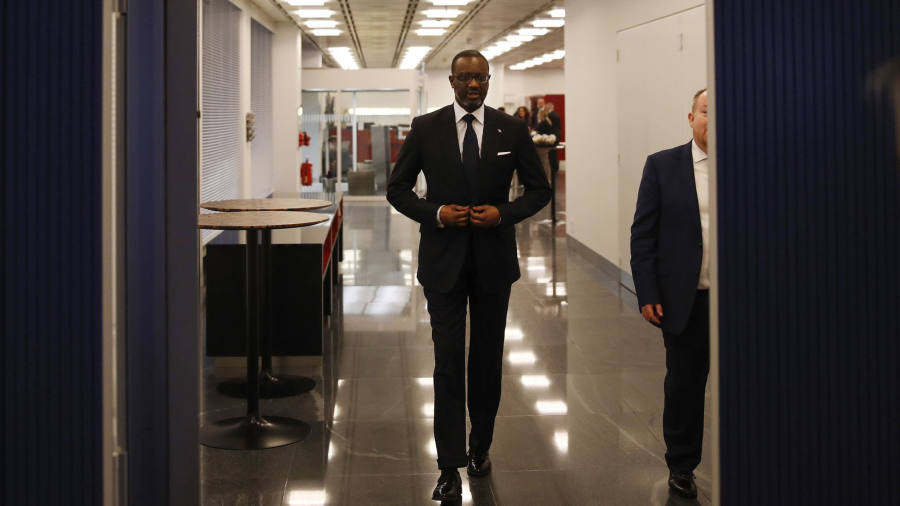 When a CEO opens his own Instagram account and uses it to rebut what he calls “false and defamatory” coverage, the alarm bells should start ringing. Big bosses’ social media accounts should be bland selfies and images of factory tours, not a way to wage an internal power struggle. Tidjane Thiam, who was ousted from his post as chief executive of Credit Suisse on Friday, did so two weeks ago, attacking the Swiss press at one of his first messages. In the case of Credit Suisse, the mail only confirmed what many had known for some time: that all was not well at the upper echelons of the bank.

An internal battle has devoured the institution since evidence of a spy scandal erupted last summer. It emerged that Credit Suisse had hired investigators to track Iqbal Khan, its former head of wealth management, who later joined rival UBS. But what started as a seemingly isolated case of corporate espionage gone awry quickly turned into a larger scandal. The ensuing twists and turns, including details of a personal fallout between Mr Thiam and his former protégé – and more recently the board of directors – have pierced the staid world of Swiss banking. The unfortunate episode raises important questions about the management and governance of the bank.

Big egos are part of the fabric of every bank. Controlling them is the job of the directors. Credit Suisse chairman Urs Rohner and the rest of the board must accept some of the blame for not getting the scandal under control. Likewise, although Mr Thiam was relieved of his responsibility by ordering the espionage of Mr Khan by an outside law firm, questions persisted as to how he could not have known it – and s ‘he didn’t, why he didn’t. As a result, Credit Suisse’s security boss and his COO, a longtime confidant of Mr Thiam, were fired.

Mr Thiam’s defenestration also revealed some disturbing truths about the Swiss establishment, which continues to view foreigners with suspicion. The 57-year-old became a rare black foreigner at the head of a Swiss company after Mr Rohner hired him in 2015. A former insurance executive, he was also new to the bank. Part of the local press was quick to criticize Mr. Thiam. As soon as the bank’s reputation for competence was called into question, the whiff of xenophobia increased. Speaking to NZZ newspaper in October, Oswald Grübel, former director of UBS and Credit Suisse, said it would make sense to install a Swiss CEO.

Once Finma, the Swiss regulator, got involved, heads were inevitable. The surprise, given the intervention of leading shareholders in favor of Mr. Thiam, is that it is he who is heading for the exit. Mr. Rohner, however, only won this battle; his term as president will not be extended beyond April next year.

We will miss Mr. Thiam’s star quality. He deserves credit for placing the bank on a more solid financial footing and for having diverted it from risky loans and investment banking to wealth management. Profitability has been restored. Stocks, however, have fallen – they are down 46% since he took over – but also those of other banks, including UBS. External factors, including persistent negative interest rates, held back margins.

Credit Suisse remains a bank with good franchises that a well-led management team should be able to tap into. Mr. Thiam’s successor, Thomas Gottstein, is a seasoned Swiss banker. He will have to work quickly to regain the confidence of the major shareholders of the bank. For the board, designing a quick and efficient replacement for Mr. Rohner should be high on the to-do list.