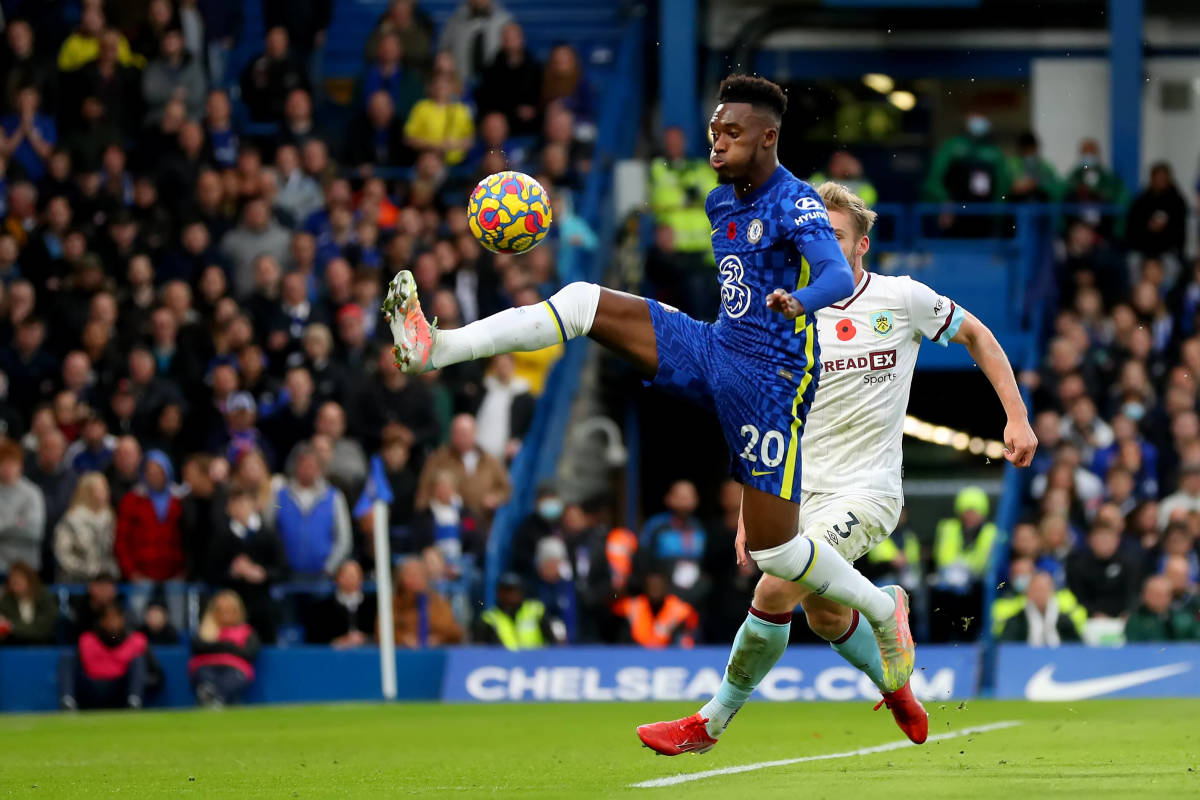 Chelsea hosted Burnley on Saturday afternoon in a tie that ended 1-1 following a stunning performance from Burnley’s Nick Pope.

The first 45 minutes of action saw a dominant display from Chelsea, with the Blues in charge of 74% of possession at the break.

Chelsea striker Kai Havertz broke the deadlock in the 33rd minute, sending a Reece James cross from the right flank home to put Thomas Tuchel’s side in front.

Matej Vydra found the back of the net in the 79th minute to equalize for the Clarets.

Although the Blues dominated most of the game for the 90 minutes, the league leaders were held to a 1-1 draw after missing numerous chances.

Callum Hudson-Odoi had an early chance four minutes later to make it 1-0 in favor of Chelsea, but a solid save from Nick Pope denied him the chance to score a day before his 21st birthday.

The youngster put a good cross into the box three minutes later which Andreas Christensen failed to convert.

Burnley goalkeeper Pope turned down another chance in Jorginho’s ninth minute, after an early attack from Thomas Tuchel’s side.

Ross Barkley narrowly missed the mark in the 13th minute with a shot from outside the box that took Burnley by surprise.

After 30 minutes of the draw, Chelsea had enjoyed 77% possession, with a total of nine shots; eight more than Burnley’s.

In the 33rd minute, Kai Havertz managed to find space between two Burnley defenders to convert Reece James’ cross, making it 1-0 in favor of Chelsea.

The pressure from Chelsea continued into the second half, with Burnley struggling to put together a lot.

Another Reece James cross in the 50th minute almost saw Thiago Silva bring the score to 2-0 at Chelsea after the Brazil international jumped over Ben Mee to reach for the ball placing him right next to the goal of Burnley.

Three minutes later, Havertz had a chance to steal his second goal of the afternoon, sending Callum Hudson-Odoi’s ball over the bar.

A botched challenge from Maxwel Cornet on Jorginho gave Chelsea a free kick right on the edge of Burnley’s penalty area, which was sent to Antonio Rudiger who failed to do much with it.

The 65th minute saw Hudson-Odoi with excellent footwork to open a shot for himself, but Nick Pope managed to put an end to it.

Hudson-Odoi had a dazzling run in the 72nd minute before returning the ball to Barkley, who sent it high up the woodwork.

The missed shot would be Barkley’s last contribution to the game as he was replaced by Ruben Loftus-Cheek moments later.

Burnley had his best chance of the game in the 75th minute when Jay Rodriguez jumped to the near post to meet a Burnley corner, directing the ball into the side net.

Reece James received the Blues’ first yellow card of the afternoon a few minutes later after a small argument between him and Cornet.

79 minutes into the game, Burnley managed to find the back of the net when Matej Vydra scored his first goal of the season, converting Rodriguez’s assist.

The away goal marked the first of the Premier League season that Chelsea have conceded in open play.

Tuchel’s side continued with their heavy pressure after conceding as Burnley struggled to get the ball out of their own half.

Mason Mount and Christian Pulisic entered the pitch in place of N’Golo Kante and Callum Hudson-Odoi in the 85th minute as the Blues desperately tried to win all three points.

Unfortunately for Tuchel’s side, they failed to break Burnley’s defense, taking just one point from Saturday afternoon’s game.