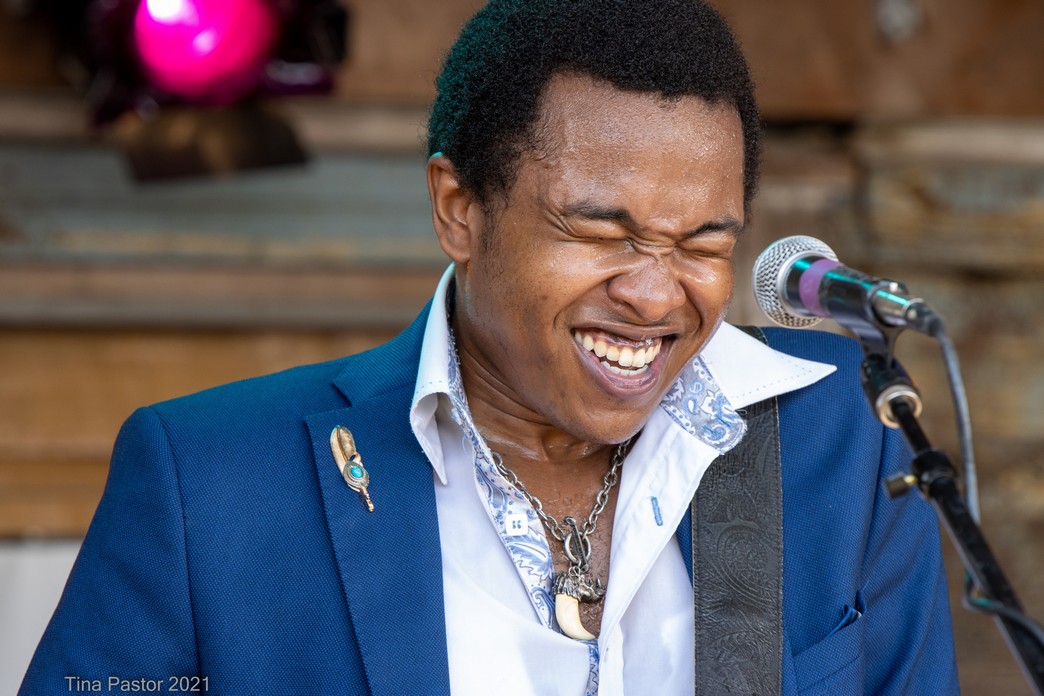 LIVE MUSIC IS BACK AND IT’S SO GOOD! Yes, the thrill that prevailed at Briggs Farm Blues Fest was joy, a feeling too seldom felt in the past 18 months. Joy was everywhere, musicians replaying and reuniting with their bands, audiences singing Grateful Dead tunes at the top of their lungs, revived by the power of live music. With ten years of attendance interrupted only last year by the pandemic, this writer finds himself using similar adjectives to describe this festival every year because it never fails to deliver a great experience.

Other festivals were hesitant to move forward until there was more clarity on masking, social distancing, etc., but the Briggs family made a commitment early on to hold their event as planned. . What a great move that turned out to be as the 10,000 plus enthusiastic fans urgently needed the connectivity and ambiance that only live music can provide. Over the next year, the Briggs family made even deeper commitments, building a permanent and much larger stage, repositioning and expanding the Back Porch site, expanding the camping space and parking lot and attracting more vendors, even to the point of selling beer and a wider variety of food. They also remained true to their word to bring back the acts that signed for 2020. All but one accepted for this year, this place occupied by the fest fave Vanessa Collier.

What started as a two-day festival 24 years ago has grown into a three-day festival with music on Thursday evenings; this year a celebration of the music of 1970 performed by Bret alexandre (of the Badlees fame) and friends with the singer-songwriter Mike miz nodding for the Grateful Dead american beauty album for a singing and nostalgic atmosphere which made the crowd dance like crazy after having endured a mainly rainy afternoon. Yes, there was more than the blues. Throughout Thursday night and the two full days, we also heard from a singer-songwriter, jam group, soul and funk.

the Jack Adams Group with a special guest singer Danish Tilghman opened Friday’s Back Porch stage with a scorching blues and soul set. Then, in the first of two memorable acts of the “Most Improved Performer”, the young guitarist Gabe Stillman totally ignited the Back Porch audience with a sizzling combination of guitar picking and directing. Later in the afternoon local duo Pappy Biondo and Justin Mazer has made an intimate and often fascinating collection of songs by JJ Cale.

Saturday’s Back Porch started with local mainstays, rocking, jamming Powerful Susquehannas, continuing a supercharged atmosphere similar to that of the day before before the second of the acts “Most Improved Performer”, the young guitarist King Solomon Hicks, who won the BMA for Best Emerging Artist, wowed the crowd with her mile-wide smile, her Sam Cooke-style voice. and a clean, crisp, pedal-less blues ensemble including originals as well as classic blues and soul covers. This writer missed the Wes Knorr ensemble but grabbed an engaging singer-songwriter ensemble of Mike Miz and Zandi Holup, two Pennsylvanians who found a promising musical partnership in Nashville. Check them out because they have a significant presence on social media and on Spotify. It takes more than a little common sense to perform in front of an acoustic crowd that primarily favors loud blues rock, but those in attendance rewarded them with a warm ovation. Making her first appearance at Briggs Farm was born and raised in Boston, based in Memphis Gracie curran and his High Falutin ‘Band, which delivered an energetic mix of blues and soul, with inventive solos by all members, as well as an appearance on two songs by guitarist Victor Wainwright Pat Harrington. Curran’s most recent album Come undone band members from Wainwright, The Train, and Curran later joined them for their encore in their performance on the main stage.

Friday’s main stage lineup was as powerful as what you’ll find at a big blues festival (it’s not a small one anymore!). With much of the crowd decked out in T-shirts bearing his name, the perennial favorite of the festival Vanessa Collier started out by playing the traditional national anthem alone on his alto saxophone, then sang and played with soul his range of saxophones with his full band, including the famous guitarist Laura chavez. As usual, his splendid stage presence and charisma not only carried his set, but probably led to more merchandise sales than any artist. The first sacred artists of steel The Campbell brothers took the crowd “to the church” by stomping and raising the roof as only they can, reaching seemingly impossible levels of intensity, especially on the “Jump for Joy” encore, which, among other things, had the next performer Little Ed dance scene left behind the scenes. Faced with an act difficult to follow, Lil ‘Ed and the Blues Imperials delivered the only true 12-bar display of traditional Chicago blues, enriched by Lil ‘Ed’s acrobatic showmanship and the spirit exemplified in songs like “Icicles in my Meatloaf”. Headlining Ana Popovic and his powerful six-piece group ended with a set comprising of funk, jazz and R&B mixed with Popovic’s blues-rock shredding, one of the best sets this writer has seen Popovic deliver.

Scott Pemberton and his Electric Power Trio, who first performed on The Back Porch in 2019 had the young element of the stage crowd on their feet as they kicked off Saturday’s main stage with dance and song dishes that mixed classic rock with their own material. Pemberton has a very unusual way of playing the guitar, often sitting on a table as if playing a steel pedal but plucking instead. Venerable Mac Arnold and a plate full of blues followed, as the veteran who played with Muddy Waters, Albert King and many others delivered “old-fashioned blues”, mainly via vocals, but also with his gasoline guitar. Victor Wainwright and the train showed why the frontman won the BMA BB King Entertainer of the Year Award a few years ago, exciting audiences with his six-piece band, like Popovic’s, which included two horns. Wainwright connects with an audience like few other performers, which makes him the prototypical Briggs Farm act. Finally, the reigning queen of the blues, Shemekia Copeland, closed with his longtime band delivering a set of pieces from Uncivil war and Child of America, who both won BMA Album of the Year honors. Copeland mixed them up with favorites from previous albums such as “Never Going Back to Memphis,” “Dirty Water,” Ghetto Child, ”and the base callback“ 2 AM. ”She never“ phones, ”her pronouncing. political statements such as “Ain’t Got Time for Hate” and “Apple Pie and a .45” without any preaching, and left it all on stage, as the snap goes. It was her first performance in 18 months, and she left the stage totally exhausted in front of a raving audience who couldn’t get enough music.

The Briggs family is handing over a growing number of responsibilities to the next generation, perhaps reflecting a more eclectic and contemporary lineup that also includes some of today’s top blues artists, making it “the best weekend of the year, “a gathering of friends and soul mates like no other. Visit www.briggsfarm.com to make your plans for the 25the Briggs Farm Blues Fest July 7-9, 2022.