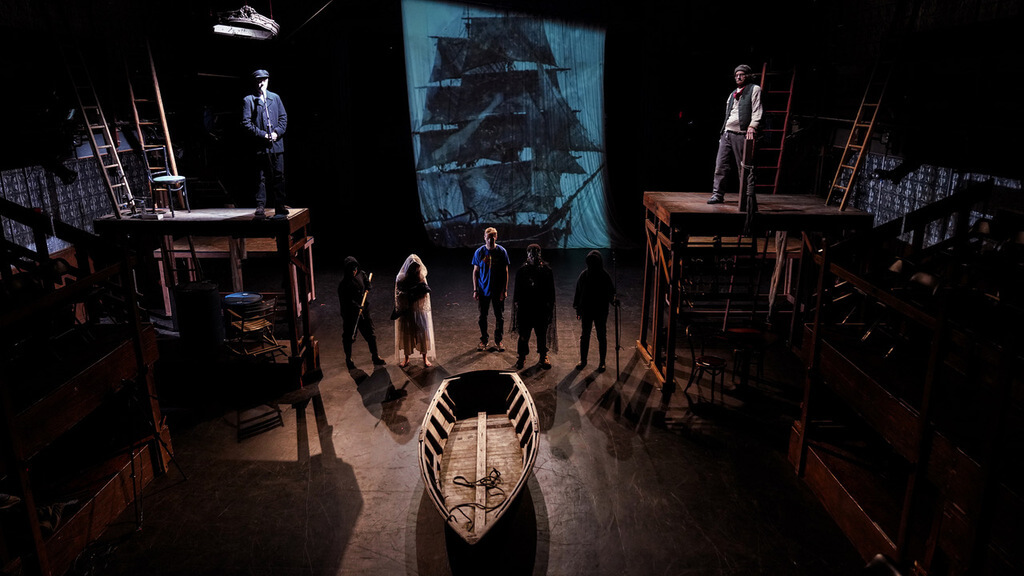 A blues opera that chronicles the rise and fall of a commercial fisherman battling opiate addiction will premiere on Rockland’s waterfront this month.

“Never Leaving this Boat – Fragments of a Blues Opera” is the latest work by Maine playwright Michael Gorman. The Rockland playwright and director has spent the past two decades writing plays about drug addiction and how the problem relates to New England’s commercial fishing communities.

Gorman hopes that “Never Leaving this Boat” – which is presented in conjunction with National Recovery Month – can provide the public with a starting point for having meaningful conversations about the opioid epidemic.

“Art is what makes people talk. In particular, with a coin, they have something very specific that they can relate to, ”Gorman said. “[The audience] can share this in a group environment or a forum and we can talk about this thing that is bigger than all of us and talk about the next steps.

“Never Leaving this Boat” is part of an ongoing art and advocacy project, Chasing the New White Whale, on which Gorman and his production company, the Forty Hour Club, have worked for the past four years. The project included a series of tours of stage readings, presentations and performances, all focused on tackling the opioid epidemic.

Gorman calls the next blues opera “the big installation” of the project.

The premise of “Never Leave This Boat” draws on a trilogy of plays written by Gorman over the past 20 years, all focused on drug addiction in fishing communities. Gorman – who lived in coastal fishing communities – lost his brother to a heroin overdose in 1999. His brother was a commercial fisherman from Massachusetts.

Herman Melville’s 19th-century novel Moby Dick was also a great inspiration for Gorman’s past works, as well as for upcoming production.

“[Opiate addiction is] such a big problem it’s not an easy thing to solve and that’s where Moby Dick comes in, ”said Gorman. “The only metaphor I could find that could fit the epic tale of opioid addiction is the myth of the white whale. It will wipe out your whole family or community if you don’t do anything about it. “

While most of Gorman’s pieces have incorporated music into their productions, “Never Leaving this Boat” is his first foray into a blues opera. The show will feature 11 songs written by Gorman, who considers the blues a genre of music lending itself to the heaviness of opioid addiction.

“I think the blues is the natural form and expression of working class issues like this,” Gorman said. “There is the struggle and the pain, but there is the celebration of being able to sing your blues.”

“Never Leaving this Boat” will premiere on Saturday September 11th at 1pm, with another performance at 4pm and a final performance on Sunday September 12th at 3pm. All performances take place at the Steel House Amphitheater, located along Rockland’s waterfront.

Ticket information is available at the site of the Club des quarante heures.

More articles from the BDN