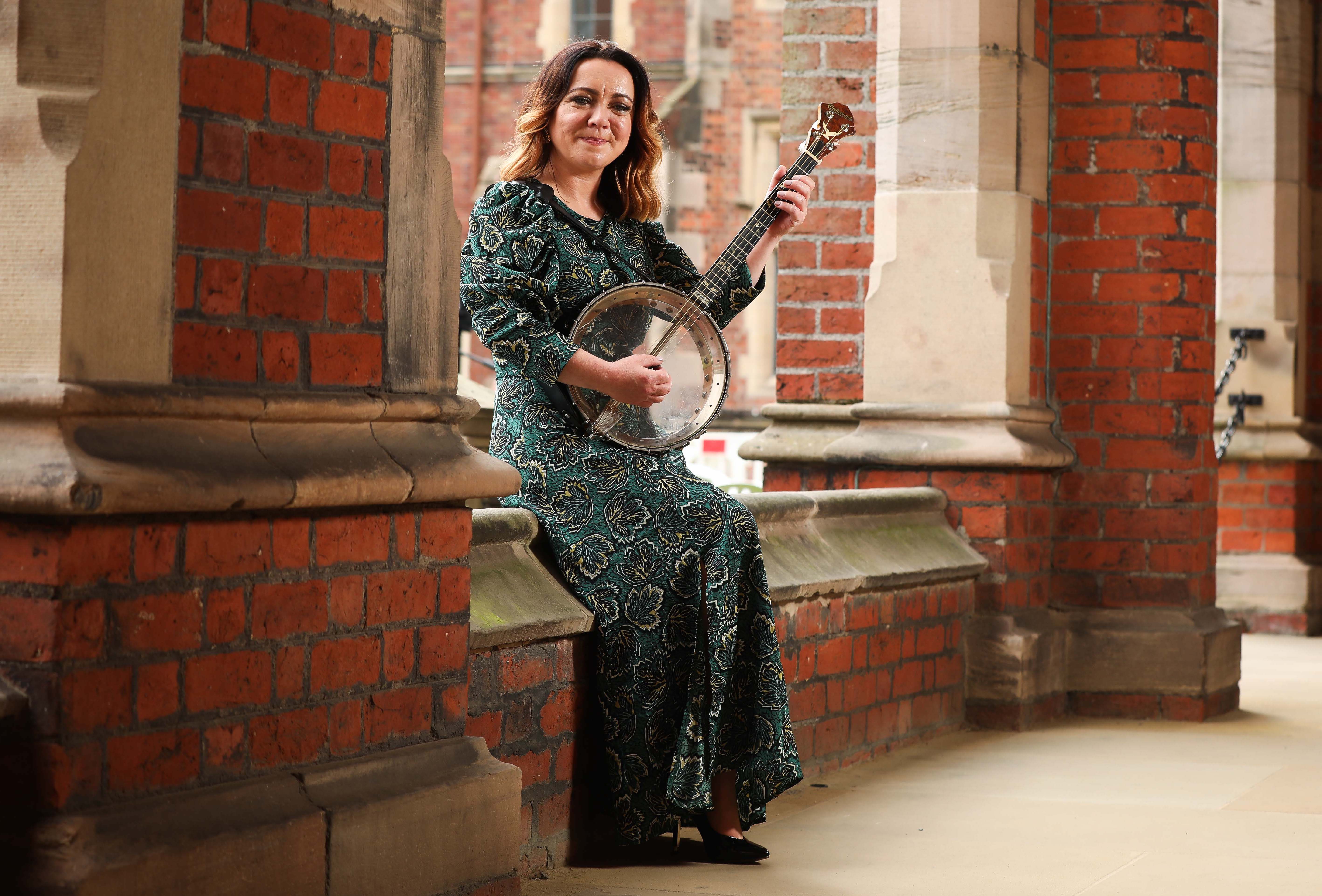 TG4 announced the recipients of the 2021 Gradam Ceoil Traditional Music Awards. The annual awards, now in their twenty-fourth year, celebrate musicians who have advanced, strengthened and preserved traditional music in Ireland.

Banjo player Angelina Carberry has been announced as Ceoltóir na Bliana / Musician of the Year. Carberry was born in Manchester but has lived in Longford, where her family is from, since the 1990s. She is widely respected as a musician and has performed extensively in Ireland and abroad. In 1998, she released Memories of Holla with his father Peter Carberry and guitarist John Blake. This was followed by a duet recording with Martin Quinn in 2003, and his first solo album. An Traidisiún Beo in 2008. His second solo recording, Pluckin ‘Mad, was released in 2014, followed by a duet recording with accordionist Dan Brouder, A waltz for joy, in 2017. More recently, it was the subject of a tribute as part of the Trad Ireland 20/20 Visionaries series. Carberry was also a member of the all-female group The Bumblebees.

Violinist Sorcha Costello, from Tulla, Co. Clare, will receive the Ceoltóir Óg / Young Musician of the Year Award. Costello has won various All-Ireland Fleadh competitions in the Solo, Duo and Group categories and graduated in Music and English from UCC And one MY in Music Therapy from the University of Limerick. She is a member of the Provenance group with Frankie Gavin, Éadaoin Ní Mhaicín and Ciara O’Bnothing. In 2016, she released The lady’s cup of tea with her mother, concertina player Mary MacNamara.

Singer Seán Ó Sé, renowned for his work with Seán Ó Riada in the 1960s, will receive the Gradam Saoil / Lifetime Achievement award. From Bantry in County Cork, he studied voice with John T. Horne at the Cork School of Music. Ó Sé has appeared on a number of recordings by Ó Riada, including Riada sa Gaiety. He has since recorded with Dónal Lunny and Peadar Ó Riada and has toured internationally.

Niall Hanna from Derrytresk in County Tyrone will receive the Amhránaí na Bliana / Singer of the Year award. A former recipient of the Young Musicians’ Platform Award from the Arts Council of Northern Ireland, Hanna is a founding member of the group Reeling It In and has released her debut album. Autumn winds in 2017, which received two nominations to the RTÉ Radio 1 Folk Awards in 2017.

The Glengormley School of Traditional Music in Newtownabbey will receive the Gradam Comaoine / Outstanding Contribution Award. Based in North Belfast, the intercommunal school has been teaching traditional music for nineteen years and has around 200 students each term.

Gradam ceoil TG4 turns 24 this Halloween night that coincides with TG4‘s 25th anniversary. The awards honor those who have done so much to advance and strengthen traditional music in Ireland and around the world. This year we dedicate the awards ceremony to Mary McPartlan whom we remember fondly. Mary launched the Gradam Ceoil Awards 24 years ago. I would like to congratulate all of this year’s award winners. We are delighted to award them the highest honor in Irish music.

The awards of the year will be awarded to Gradam Ceoil TG4 Concert at Whitla Hall at Queen’s University Belfast on October 31 at 9:30 p.m.