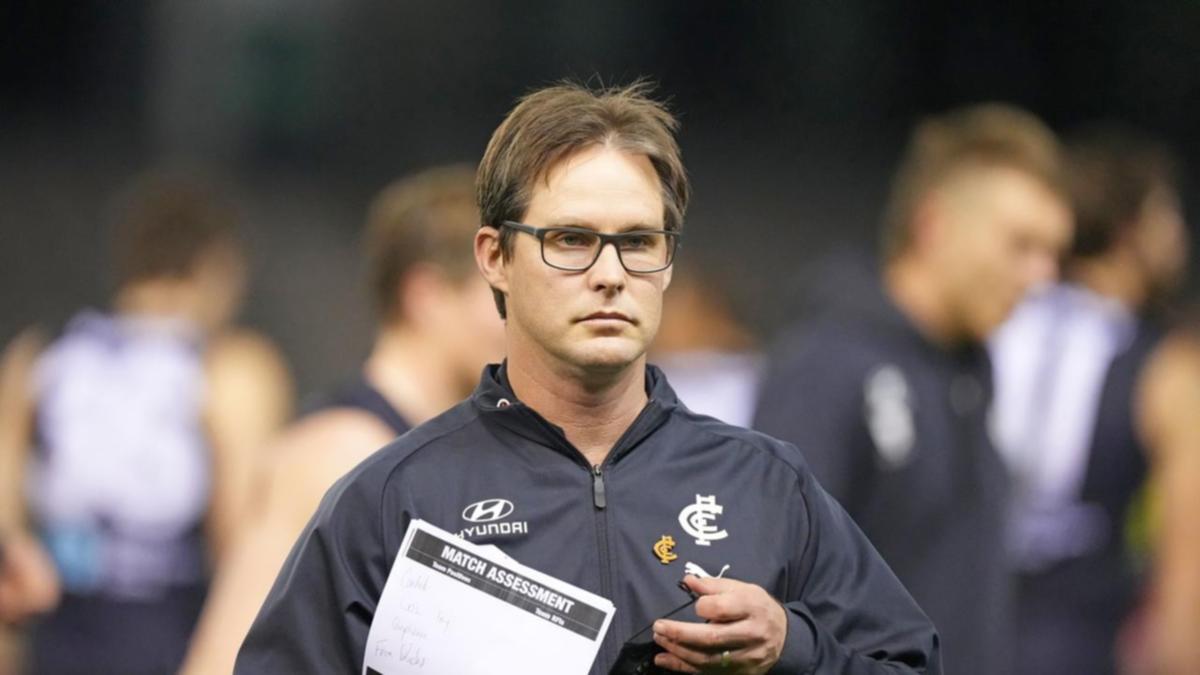 Carlton is set to make a call on David Teague’s future on Monday, with the Blues due to part ways with their AFL coach.

The club’s board has received the findings of an external review in its football department and is expected to announce them this week, with a decision on Teague’s tenure looming.

On Saturday night, Teague said he expected to know if he would continue with the Blues until 2022, the final season of his three-year contract, on Monday, but was almost resigned to losing his job.

“I guess I think it’s going to be Monday,” Teague said after Saturday night’s 14-point loss to GWS.

“I had a discussion this week and they said after the game they will meet, the board and look at this.

“… yeah, I understand the club are going to make a decision. Let’s be honest, that doesn’t seem to be going in my favor.

“But in terms of what I did and what I was able to control: I know who I am, I know how I did it, I’m really happy.”

Over the past week, Teague lamented a perceived lack of support within Carlton as pressure mounted on his position in his second full season in the hot seat.

Teague was also frustrated with how speculation about his future had played out publicly, including the announcement of the external review, but said the Blues have improved in recent weeks.

“I love this club. I don’t want to sit here and say anything, but when the criticism comes in the media it’s not high performance,” he said.

“I’m going to challenge myself, I’m going to say that this football club has areas for improvement.

“I think even in the last three weeks I won’t go into what, but I’ve seen improvement to a level that I haven’t seen in the past.”

Teague, who supported the Blues in finding a way to compete for the top four, said he learned a lot and made mistakes during his tenure but was proud of his impact on Carlton.

“And these are the things that I’m going to leave really proud of.”