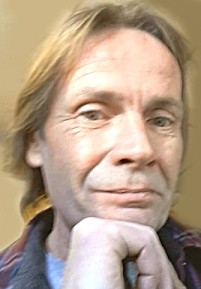 David John Becker, 58, died surrounded by his loved ones on Thursday, December 30, 2021 at the Hope Health Hulitar Hospice Center in Providence. Born August 9, 1963 in West Warwick, David was the son of the late William and Mildred (Case) Becker.

An accomplished musician, notably on the guitar, but also on the keyboards and the violin, David has played with many groups and organizations. He recently performed with “The Smidge” and the RI Woodshedders, a musician club in Coventry, RI, where he was considered family. A night owl, he would play until the next morning, telling the others, “Just one more song.” He loved to create and record new compositions, a legacy he bequeathed to his son, Jace.

We will never stop missing and celebrating the life of David John Becker. He was full of kindness and love for others. He often ran errands for locked up friends and brought them food and supplies, before and during the COVID pandemic. He had an incredible sense of humor, choosing irony in one life situation after another. His texts and messages often made his contacts laugh.

David did the dishes with a smile, albeit poorly, half-mended a lot of things, and forgot to do other things he should have remembered. Yet his family and friends are heartbroken to have lost this truly remarkable father, friend, companion, brother and uncle.

Jace recently described his father in relation to a particular multi-colored dahlia flower – “like a sunset with the beautiful little pom pom in the center”. He said, “It’s red, one of my dad’s favorite colors. And its look really captivates me. From a distance it might look so frenzied and shaggy, but when you look very closely, it’s actually a very chaotic, yet beautiful, pattern that keeps it all together. Anyone who knew David would agree that somehow he held everything together in his own way, with music and his love for others, all woven into the beautiful blossoming of his touching and memorable life.

Due to concerns over COVID, the family respectfully requests that every visitor wear a mask.

Interment will be private.

Those who wish to donate in memory of David can choose Musicians on Call or another charity of their choice.